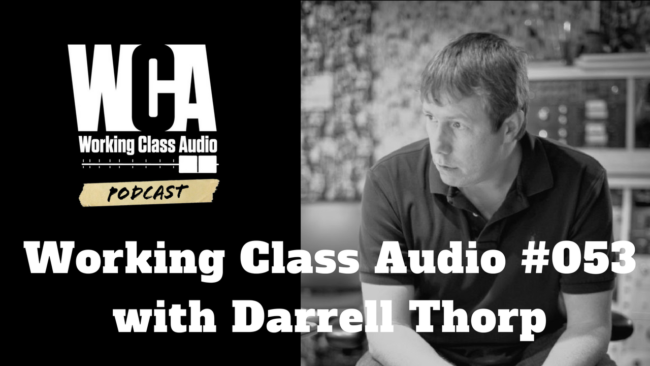 Darrell Thorp is a seven time Grammy Award winning (OutKast, Radiohead, Switchfoot, Molotov, Beck) producer, mixer, engineer with over 18 years experience under his belt and many multi platinum records to his discography.  Darrell moved to Los Angles in 1997 after a 4 year service in the U.S. Navy and started interning at smaller studios and eventually worked his way up to an Assistant Engineer at some of L.A.’s prestigious studios such as Track Record, Conway, and finally Ocean Way Recording.  It was at Ocean Way recording that Darrell meet famed Radiohead producer Nigel Godrich.  Shortly after meeting Godrich, Darrell became his full time engineer and ended up recording Beck’s “Sea Change”, Radiohead’s “Hail to The Thief”, Paul McCartney’s “Chaos and Creation In The Back Yard” and many others.  Currently Darrell is splitting his time between mixing various records and projects and producing.  Darrell has had the pleasure of being the principle recording engineer on Beck’s “Morning Phase” which granted him 3 additional Grammys for Best Engineered Album, Rock Album of the Year, and Album of the Year.

Matt and Darrell talk about his time in the Navy and it’s influence on his recording career, the influence of Nigel Godrich, pacing yourself in the studio as well mixing in the box.