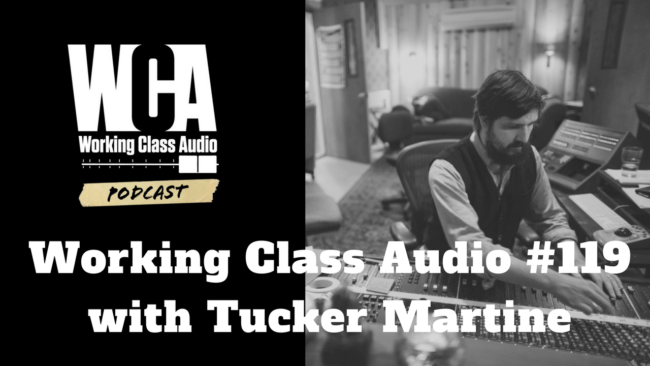 Tucker Martine is a record producer, musician and composer and the son of singer and songwriter Layng Martine, Jr.,  Tucker grew up in Nashville, Tennessee where he played in bands and tinkered with recording devices before moving to Boulder, Colorado after graduating from high school. In Colorado, Martine was a DJ at a public radio station KGNU. He would frequently play two or more records at once on the air to experiment with creating new sounds. Martine also took courses at the Naropa Institute where he studied sound collage and befriended Harry Smith – the ethnomusicologist, artist and Kabbalist – who made a large impression on Martine.

1993, Martine moved to Seattle, Washington where he began to combine his skills and interests. He joined Wayne Horvitz‘s chamber group The 4 Plus 1 Ensemble where Martine’s instrument was a series of looping and sound manipulating devices which were fed by the groups otherwise acoustic instruments. Martine received a Grammy nomination in 2007 in the “best engineered album” category for the Floratone album with Bill Frisell on Blue Note. He has also released several albums of his field recordings. As a composer and musician Martine has released 2 albums under the recording pseudonym Mount Analog and a 3rd one is on the way. Additionally, Microsoft called upon Martine’s creativity when they asked him to help compose the startup and branding sounds for Microsoft’s new operating system Vista. Today Martine lives in Portland, Oregon with his wife, singer songwriter Laura Veirs and continues to make records in his own studio, Flora Recording & Playback.