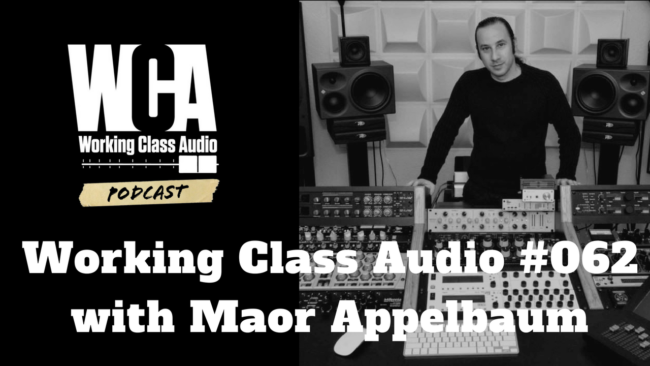 Maor Appelbaum is a mastering engineer and musician. After working as staff engineer (mixing, recording and mastering) for famed record producer Sylvia Massy Shivy at Radiostar Studios in Weed, California, Maor moved to Los Angeles where he opened his private mastering suite.

Maor has an extensive background with the international music industry – He is well aware of the various music styles and sounds that are developing vastly as the today’s technology develops.

To Maor, being a mastering engineer is the best way possible to combine his love and passion for music, with his various skills- objectivity, subjectivity, and technical & artistic prowess. He finds pleasure in his job, more than anything, thanks to the variety of music and sounds he gets to master from all over the world.
It is a profession he takes pride in, and masters.

Maor speaks with Matt about moving to the the United States from Israel and the challenges he encountered, his economic philosophy and working with clients.

Articles by or about  Maor.