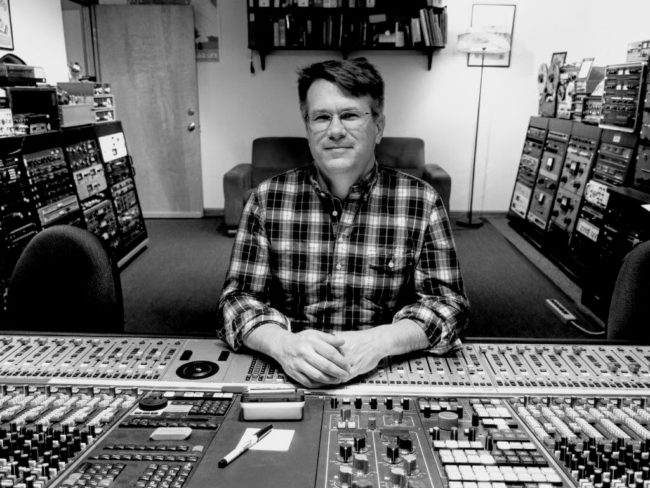 Dave Fridmann is a producer, engineer and musician who has made records with  Mercury Rev , The Flaming Lips , Weezer, Sparklehorse, Mogwai, Gemma Hayes, Sleater-Kinney , Clap Your Hands Say Yeah, MGMT, Neil Finn, OK Go, and Spoon, to name a few! 🙂 He works out of Tarbox Road Studios which he built over 20 years ago.

As a musician, Dave was the bassist and a founding member of Mercury Rev. He gave up his role as a touring member of the band in 1993 to concentrate on producing other artists. In 2007, he received a Grammy for The Flaming Lips’ At War With The Mystics at the 49th Annual Grammy Awards (Best Engineered Album, Non-Classical). In 2010, three Fridmann-produced albums were listed on the Rolling Stone 100 Best Albums of The Decade: MGMT’s Oracular Spectacular, The Flaming Lips’ Yoshimi Battles The Pink Robots, and Sleater-Kinney’s The Woods.

Fridmann is an occasional faculty member of SUNY Fredonia, teaching sound recording techniques in the Fredonia School of Music.

Dave and Matt talk over Skype about family, being able to say yes to artists, his working style and the building of Tarbox Road Studios.