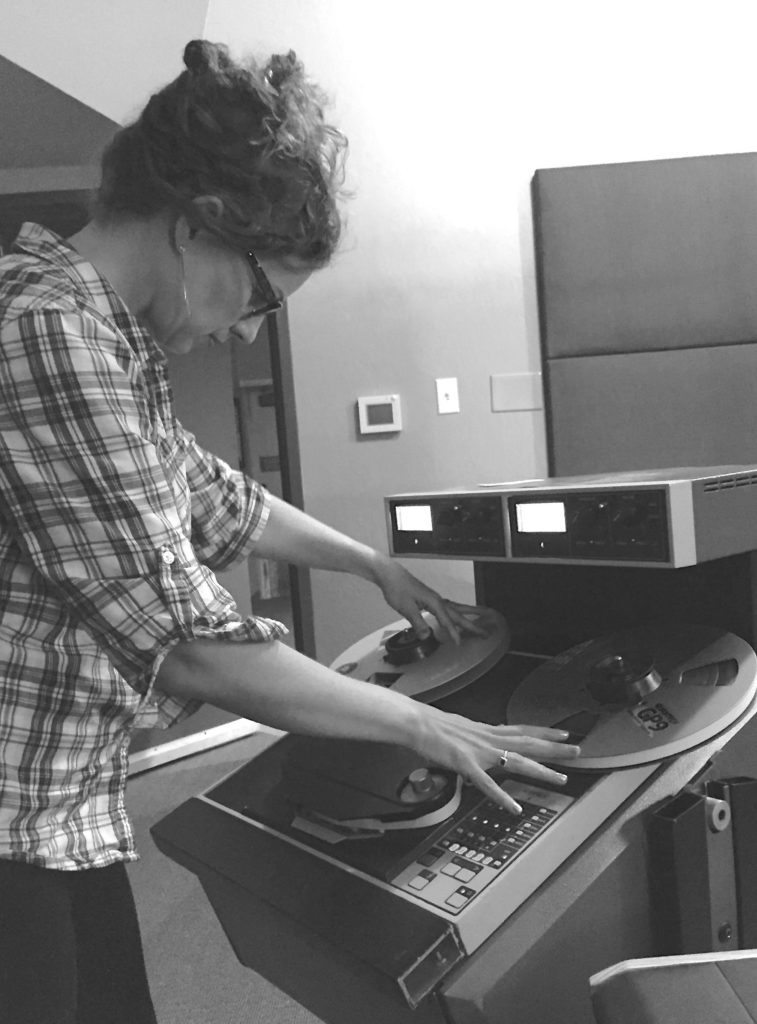 Jessica Thompson is our featured guest on WCA #080 . Jessica is a Grammy-nominated mastering and restoration engineer as well as an archiving specialist who has digitized, restored and revived historic recordings including The Bottom Line, Caffè Lena, Erroll Garner, the Woody Guthrie Archives and the Newport Jazz and Folk Festival, which included performances by Pete Seeger, Roger McGuinn, Dave Von Ronk, Lightnin’ Hopkins, Doc Watson, Miles Davis and Jean Ritchie.

Jessica’s remaster of Erroll Garner’s iconic recording The Complete Concert By The Sea (Sony/Legacy) was nominated for the Best Historical Album Grammy in 2016.
In addition Jessica  has also cleaned, digitized and restored rare vinyl and cassette recordings for Awesome Tapes From Africa and many Numero Group compilations.
In her previous career as a radio producer, she interviewed drummer Max Roach and the organ player at Fenway Park for WGBH. Additionally she has spun records and CDs on the airwaves of WGBH, WFMU, WZBC and WESU.
Jessica joins Matt for a discussion about restoration and mastering while really diving into the nitty gritty of the craft.
Links mentioned in the show.