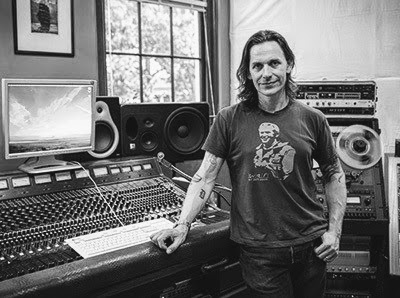 Justin Phelps is currently the Chief engineer and designer of the Hallowed Halls recording studios located in Portland, Oregon. Justin began his career in 1996 at San Fransisco’s famed Coast Recorders  as the house engineer. At Coast Justin received considerable guidance from Chief engineer/producer John Cuniberti and studio owner/gear guru Dan Alexander. Four years later Justin switched to being a freelance engineer and spent the next few years working out of the Bay Areas finest studios including The Plant, Prairie Sun, Studio 880, Tiny Telephone and Studio D . In 2004 he acquired the lease to  Hyde Street Studio C which is considered one of the more historic recording spaces in San Francisco. After restoring Studio C to it’s former glory it became one of the busiest rooms in San Francisco for the next five years. Justin met his wife Deanna Phelps  in San Francisco and shortly after the birth of their first daughter they began a new chapter by relocating to Portland, Oregon.

In 2010 Justin founded Cloud City Sound with  Super Digital owner and veteran engineer Rick McMillen.  In the summer of 2014 Justin  recorded and album for  Bike Thief .  . Like most album productions it lead to a lasting relationship between he and Bike Thief members Febian Perez and Greg Allen. It also lead to the making of an incredible new studio. that ended up becoming The Hallowed Halls. Justin was hired to design and build the studio in a former library.  The facility features one of the best sounding large tracking rooms in the Pacific Northwest and is home to Justin’s personal studio and mix room as well.

Justin talks to Matt about his early days working at Coast Recorders,  about his family’s new guitar business, and about leaving the Bay Area

More on Justin at www.justinphelpsrecording.com