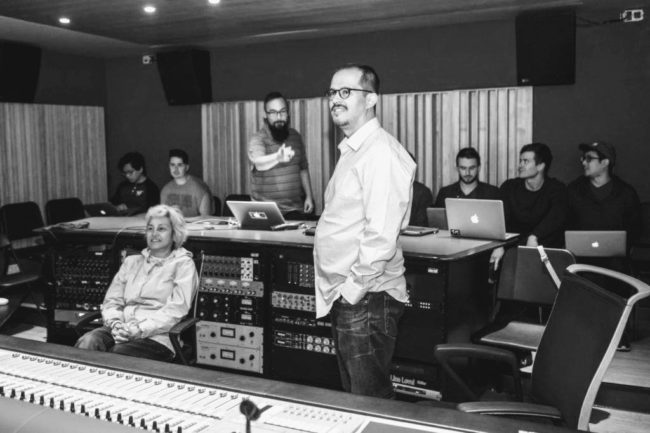 Pablo Munguia earned  a bachelor’s degree from the Massachusetts Institute of Technology, and a master’s degree from the University of Texas at Austin. After trying his hand at making a records with a friend Pablo decided to  attended Berklee School of Music where he studied music production and engineering. He then graduated in 1997.

Munguía has been nominated for 16 Primetime Emmy Awards and won five times in the category Outstanding Sound Mixing for a Variety Series or Special. He has also worked with the audio teams responsible for the Super Bowl halftime show, The American Music Awards, MTV Video Music Awards, The Billboard Awards, and the BET Awards. Additionally, Munguía has worked on American Idol, the X-Factor, and the opening ceremonies of the Special Olympics in China. In Mexico, he worked on the Pan American Games and was in charge of the audio for La Academia: Última Generación.

On the academic side, from 2006 to 2009, Munguía worked in the Entertainment Studies Department at the University of California, Los Angeles Extension (UCLA Extension), where he was part of the committee that revamped the institution’s curriculum, and also taught Advanced Audio Engineering Techniques and Independent Music Production.

Pablo talks with Matt over Skype from Valencia. Spain about his early days at MIT, making records in Mexico, immigration, unions and his transition from making to records to working on live television.

Plus here’s a link to the book mentioned in this episode.