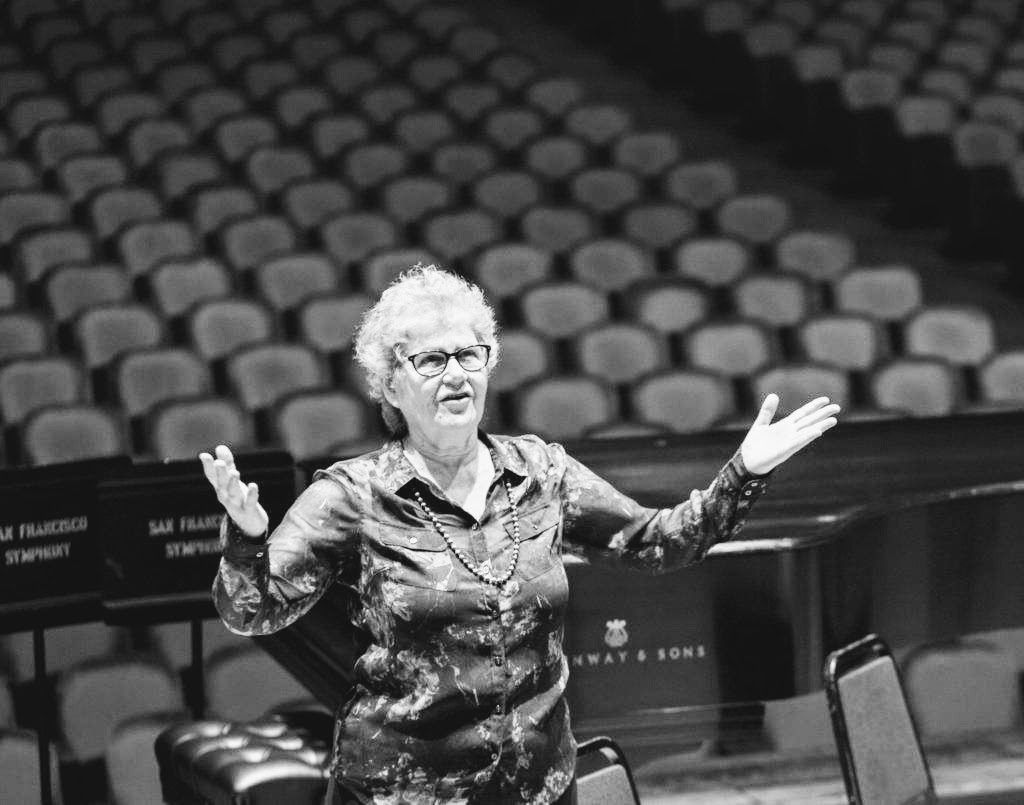 Lolly Lewis studied voice, composition, and electronic music at UC Santa Cruz. While still in college, she was recruited for the faculty of the Aspen Music Festival’s Audio/Recording Institute, and she was Director of Recordings at the San Francisco Conservatory of Music from 1981 – 1993.

In 1984 Lolly coordinated audio playback of her recording of John Adams‘ Light Over Water for its premiere performance in Los Angeles (Museum of Contemporary Art) and New York (Next Wave Festival, Brooklyn Academy of Music). In 1989 she toured with the Kronos Quartet providing live playback of the recorded portion of Steve Reich‘s Different Trains.

In 1998 she toured with Chanticleer as production and stage manager. Producing projects include the opera Tania (by composer Anthony Davis and based on the story of Patty Hearst), a premiere recording of orchestral music by Harlem Renaissance composer Florence Price, and a program of new chamber music works by composer Mario Davidovsky. She recently recorded all 68 of Haydn’s string quartets with San Francisco’s New Esterhazy Quartet in live performance.

Lolly sits down with Matt for a conversation that covers her recording rig, her thoughts on live music as well as many analogies of sports and movies and plays as they relate to recording.