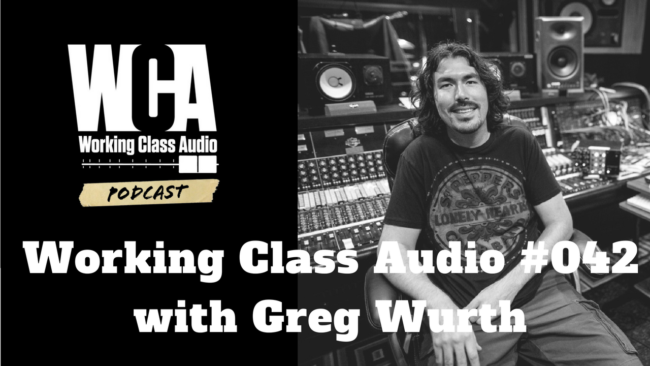 Greg Wurth is a Grammy Nominated, Gold & Platinum award winning producer, working as Manager and Chief Engineer at L.A.’s Mothership Studio and Patagonia Studio. His credits range from Steve Vai and Tony MacAlpine to Tracii Guns to Jim Florentine & Don Jamieson,  2Cellos and Mary J Blige. Greg has been Steve Vai’s Engineer for 10 years and spends much his time  in the “Harmony Hut” studio in Encino, CA where Greg and Steve currently do all of Vai’s projects.

“I grew up in southern San Diego. My parents were big fans of music and introduced me to The Beatles and Led Zeppelin early on. I used to collect cassettes & CD’s in the early 90’s and eventually I became interested enough to play an instrument, so I bought a guitar. I took lessons for a few years and had some bands but I realized that it wasn’t a natural thing for me. I eventually figured out that I was meant to produce and engineer music.”

Matt and Greg chat about working for Steve Vai and what he’s learned from working with Vai over the years, work/life balance, buying gear and what Greg finds important in purchasing decisions.