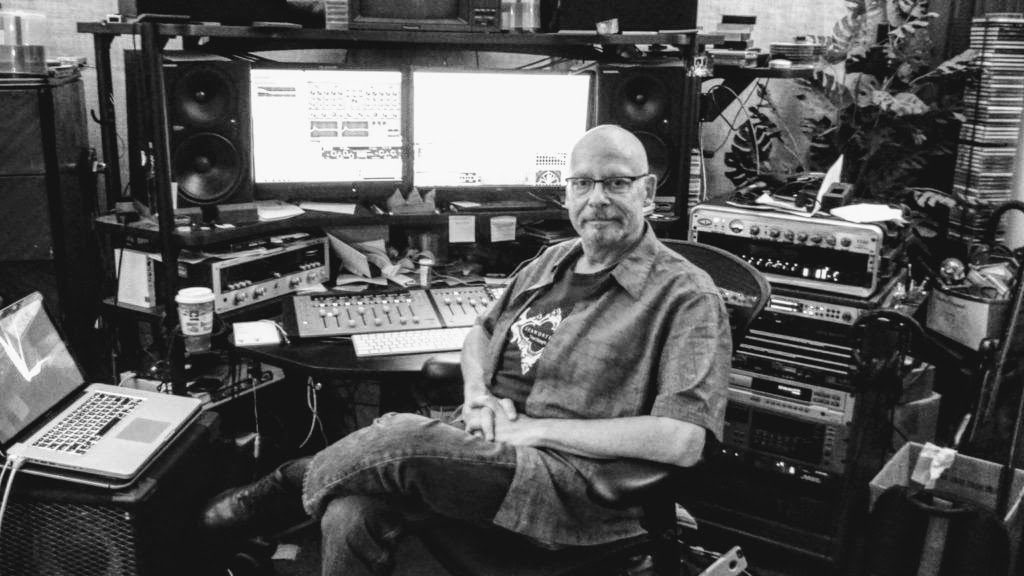 Gary Hobish brings over 30 years of experience as a professional recording engineer/producer to A. Hammer Mastering which he runs out of Secret Studios in San Francisco. He started as an assistant engineer at legendary Bell Sound Studios in New York City but found his way  to San Francisco in 1976. He has worked in many disciplines in recording and music, most notably as Mastering Engineer/ Tape Historian at Berkeley’s Fantasy Studios and Chief Engineer at San Francisco’s CD Studios.

Gary began his specialization in the field of Mastering at Fantasy Studios in 1982, and has been credited on hundreds of albums covering all genres of recordings — from classic jazz to classic rock, alt-rock, rap and hard rock to folk, classical, spoken word and even sound effects. His projects include such names as NRBQ, Dream Syndicate, Flipper, The Feelies, Dr. John and Willie Nelson. An expanded list of Gary’s credits can be found at the All Music Guide or Artist Direct.

Matt visits Gary at his mastering room located at Secret Studios in San Francisco, where they chat about the advantages of mastering in a rehearsal facility, working relationships with mix engineer’s and his adhoc survival strategy.

More on Gary and A Hammer Mastering