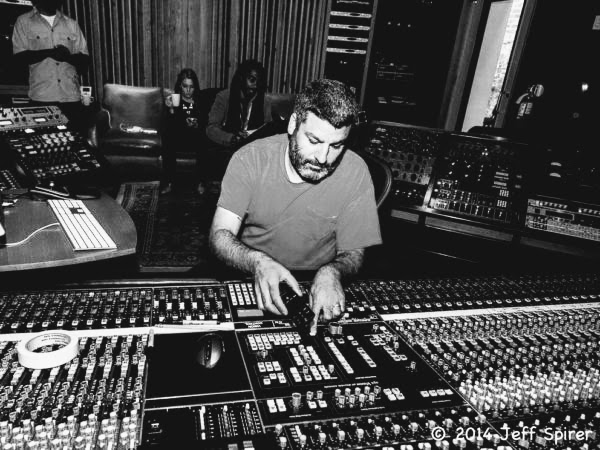 Jeremy Goody is the owner/operator at Megasonic Sound in Oakland, California and a has been a Bay Area audio engineer/producer and performing musician since 1990. After recording school Jeremy worked his way up the engineer chain at various Bay Area studios including Skyline and Bay Records. Eventually he started  the first incarnation of Megasonic in a West Oakland warehouse across from a cement factory. Jeremy eventually moved out of the warehouse and  into a family owned building to create version 2.0 of Megasonic.  With a desire to build a studio of high quality, he hired famed studio designer Chris Pelonis to design the studio and Brian Hood ( Listen to Brian on WCA #084) to build. The results can be seen in our video tour below.

Jeremy has worked with John Santos (2 grammy nominations), SFJAZZ,  Anticon label, Lyrics Born. Jeremy is also a current member of Winfred E. Eye and played in: Dance Hall Crashers, Cat Five, Pitch Black, Damon and the Heathens, The Uptones. He’s recorded 3 Solo discs as Balanceman. Matt talks with Jeremy about the studio process of the studio build, his history and his financial approach to his studio business.

Check out Disktracker which is mentioned in the show.