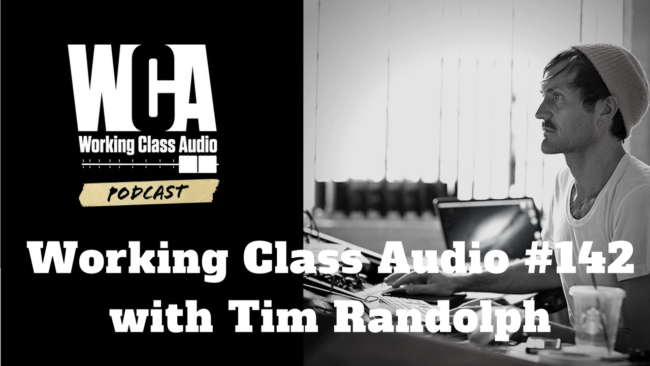 Tim Randolph is a musician, songwriter and record producer. After producing for several indie bands in a variety of studios across the U.S., Tim co-wrote and produced Nico Vega’s debut album in 2007.  Since then, he has gone on to produce for and co-write with international stars such as Imagine Dragons, including two tracks from their 2017 album Evolve, reaching number two on billboard charts.  Along with a thriving career in production, Tim is a multi-instrumentalist that has toured globally, most notably playing arenas and festivals with The Killers.

TIm joins me for a chat about his early recording and live sound days as well as  his current work producing and cowriting with Dan from Imagine Dragons. We also talk about the finer details of working with people in the music industry when it comes to songwriting splits and signing on with a manager. -Matt

The song Levitate mentioned in the interview: https://youtu.be/z0a9k1gSMsw