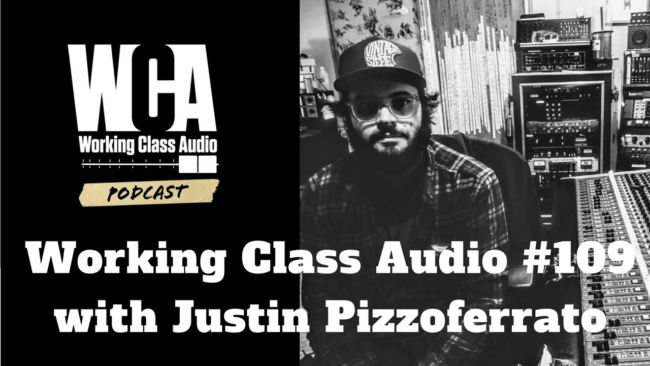 Justin Pizzoferrato is a recording engineer based out of western Massachusetts. He owns and runs Sonelab with Mark Alan Miller and also freelances from time to time.

Justin has worked with such bands as Dinosaur Jr, Sonic Youth, Speedy Ortiz, Elder, and many more in the rock genre. He got his start freelancing around Boston. After moving to western Mass, he noted the lack of studios and decided to open up his own facility. When he’s not in the studio, he’s hanging out with his wife and son, biking, or buying too many records!

Justin chats with Matt over Skype about Sonelab, recording life before kids, freelancing and work ethic.