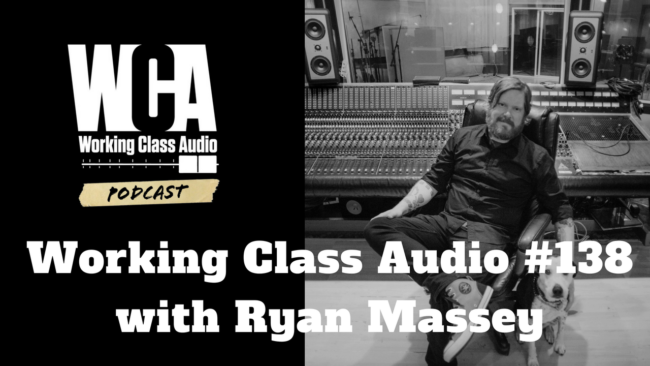 Ryan Massey is a musician, recording engineer/producer, and is the co-owner of Sharkbite Studios and Jack London Rehearsal in Oakland, CA. Ryan has spent a lifetime in music- singing with the SF Opera as a choir boy, belting out punk rock anthems with his band American Steel (Lookout Records/Fat Wreck Chords), doing the pop thing with Communiqué (Lookout), rocking with The Sunset Shipwrecks (Lugosi Records), touring the world, running both studios and a very small label.

Ryan came over to the house and chatted about many things including how he became the owner of Sharkbite Studios, how he runs his business, getting and beating Cancer, the importance of his family and the Bay Area recording/music scene. I have great respect for Ryan. He’s a hard working honest guy who deals fairly when it comes to business. Plus he’s a nice guy as well. -Matt