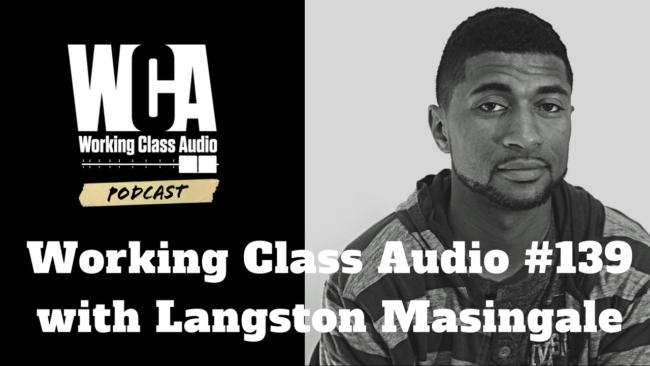 Langston Masingale has been working in recording studios for the last 24 years, starting at age 16 in his uncles studio in New Jersey.  Langston helped start JJ Audio Mics in 2009 and in 2014 invented what would become the core technology of Zulu.
He formed Handsome Audio in 2015 with his partner Tod Levine and Zulu was released this year.
Langston still owns a recording studio called Narrative Audio based in Syracuse, NY where he still produces and records artists.
His passion for the analog aesthetic drives him to create new and interesting tools for the modern recording engineer and record producer alike.

Alan Evans (WCA#133) suggested I talk with Langston. Langston talks about his early experiences with his Uncle’s studio in New Jersey, how early exposure to analog tape shaped his sonic viewpoint and lead him to develop Zulu. Langston also talks about his faith, family and how his experience in college also helped drive him to be the person he is today.  -Matt