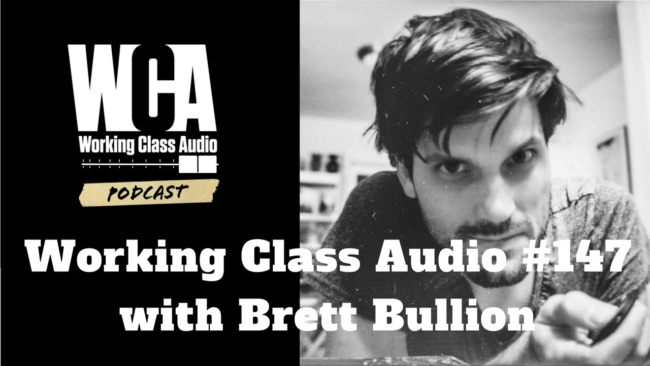 Brett Bullion is a mixing engineer and producer based in Minneapolis, MN. Born 1984 in the suburbs of MN, Brett Grew up on 90s Warp Records and the Ornette Coleman box set. Brett’s recording path started with playing drums in studios and eventually led to getting a Roland a digital multitrack as a kid. Brett earned  his  BA in theology from St Olaf College and eventually moved to Seattle where he spent his time drinking coffee, eating noodles, but kept recording on his own. After a move back to Minneapolis, he toured with Tarlton and Dark Dark Dark . Hundreds of sessions later he stopped performing to focus full-time on recording and mixing and has been at it ever since.

I met Brett at Mix with the Masters in France. After hearing his work and spending time drinking wine, eating meals and talking shop I knew he had to be on the show. Enjoy!