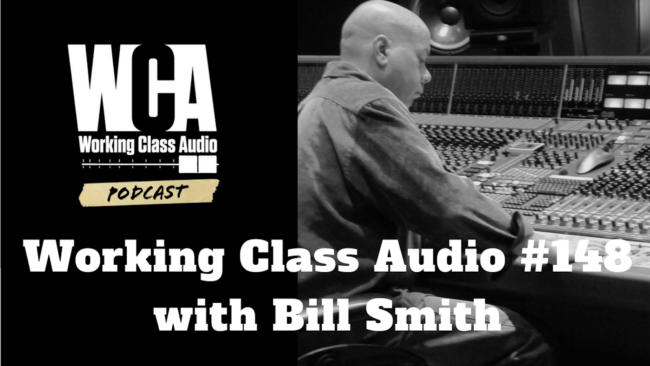 Bill Smith is a recording engineer & producer wIth over thirty years experience in the music industry. He’s worked with YES, John Fogerty, Steve Lukather, Trevor Horn, Natalie Cole, George Benson, Queen Latifah and many more. He’s been  involved with numerous Gold, Platinum and both Grammy winning and Grammy nominated records and film soundtracks. Simultaneous to his own career he also spent eleven years as the personal recording assistant, co-engineer and Pro Tools operator to twenty-two time Grammy winning recording engineer, producer and industry legend Al Schmitt. Bill has an extensive and diverse background in rock, jazz, orchestral and big band recording. He has also with been involved with product and preset development for both the hardware and software versions of the Lexicon PCM96 and the TC Electronic M6000 Multichannel Processor.

In our interview we talk about Bill’s early days in New York as a recording engineer and his decision to move to California. We also talk about lessons learned from Al Schmitt, the changing recording world and how to adapt as well as common sense financial advice. Enjoy!