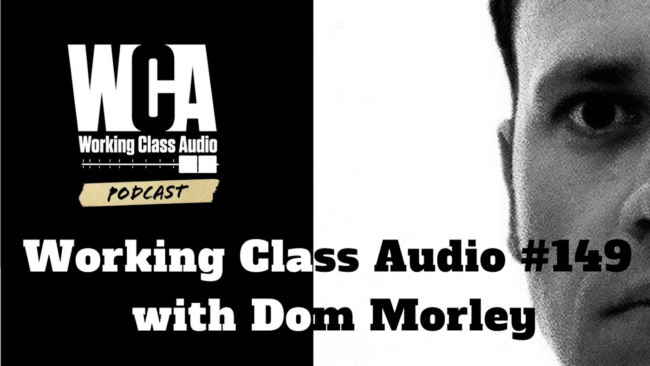 Dom Morley is a Grammy Award winning producer and mixer based in his own Oxfordshire (UK) studio.
Dom engineered  Amy Winehouse’s number 1 “Back To Black” album, Mark Ronson’s “Version” and “Record Collection”, Richard Ashcroft’s ‘These People’ and “Keys’ To The World’, the Grinderman (Nick Cave) debut album and singles for Adele, Morrissey & Estelle amongst others. Some recent mixes include Sting’s 5.1 “Live at Durham Cathedral”, Solomon Grey’s debut album, Mull Historical Society’s ‘Dear Satellite’ & ‘City Awakenings’ (both of which Dom also produced) ‘Colin MacIntyre’s “The Water”, the Million Dollar Quartet OCR, and the soundtrack for the upcoming British film ‘Gozo’.

Dom has also engineered or mixed for Rag’n’Bone Man, The Staves, Rumer, Keane, Birdy, Lemon Jelly, Jeff Beck, Sting, I Am Kloot, The Verve, Live8 (DVD) and Underworld, as well as working with The Police on the pre-production for their world tour and recording and mixing the audio for the 5 “Intros” and “Input/Output” series (Mumford & Sons, Florence & The Machine etc) for Channel 4 and Island Records.
Dom has also recently undertaken a sound design project, providing all the sounds for the Samplephonics ‘Dirty Modular’ Kontakt instrument (“Great waveform library. Excellent sound” MusicRadar / “great sound quality of waveform library” producerspot.com).

Read more about Dom at www.dommorley.com , his studio at www.flintbarnstudio.com or at Wikipedia.

I can’t honestly remember how I came to be emailing with Dom Morley. I do know it took us awhile to figure out a workable time to do it. Time Zones…….what a head scratcher when it comes to interview planning. Anyway, I talk with Dom about his work with Mark Ronson and Amy Winehouse, staying busy even though he lives out in the English countryside and work/life balance among many other topics. Enjoy.