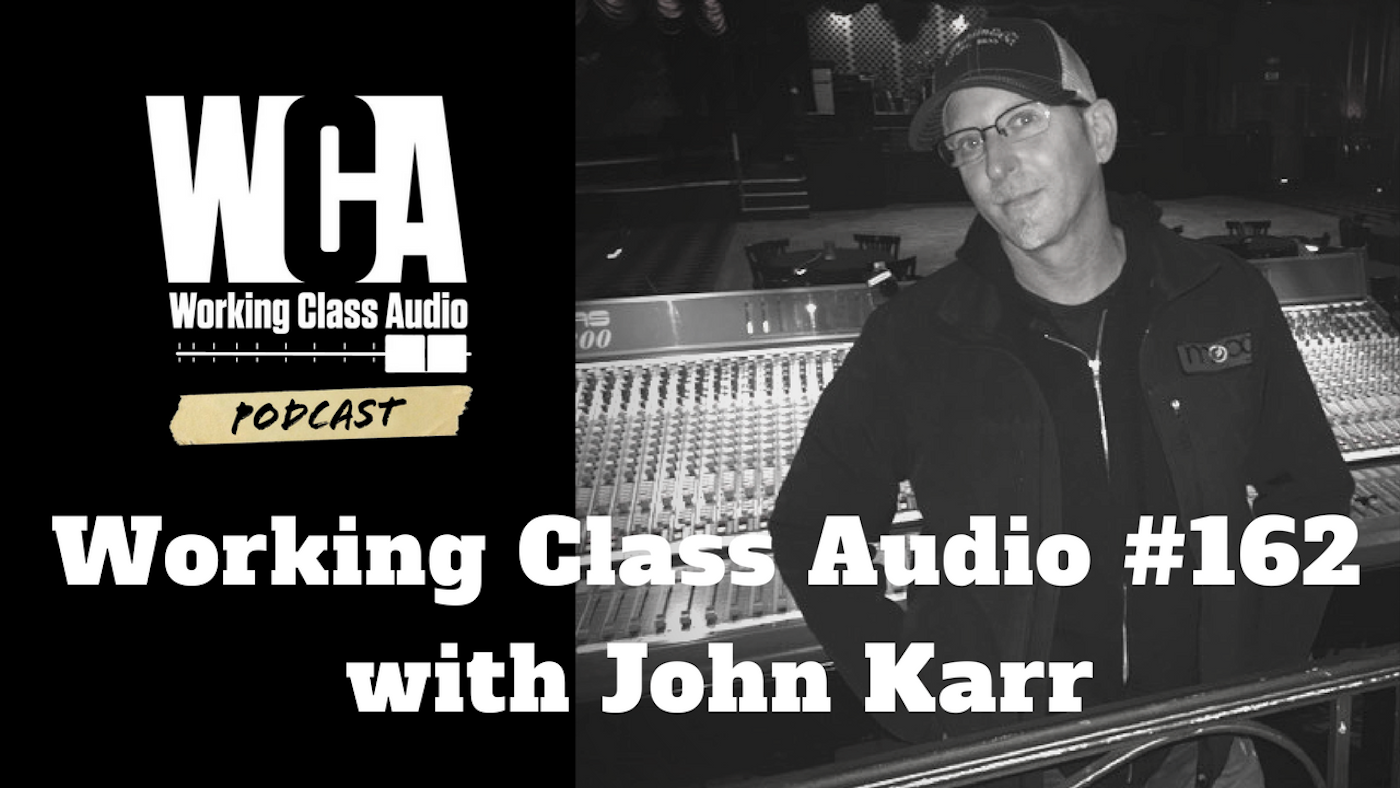 John Karr is  well regarded as one of the top sound engineers in San Francisco, with a professional career spanning over 30 years, engineering shows and albums for over 20,000 bands, in every genres you can imagine.  From recording studio’s to local house gigs to national tours of theaters and large music festivals, across the United States, Japan and Europe.

John has worn the hats of F.O.H. and monitor engineer, studio producer, session musician, composer, and live sound mentor @ at S.F. City College and Expressions School for Music in Emeryville Ca, He has over 60 album recording credits, including the theme songs for KALW Rose Agular’s Your Call Radio and KSAN Steven Weed’s Weed in the morning. Other notable accomplishment’s include 7 years tenure as head sound engineer/manager and sound system designer of The Independent – which has won international praise as “The Best Sounding Live Music Venue in San Francisco”.

John Karr joins me for a great chat covering his approach to working in multiple genres, accepting gigs of all shapes and sizes, bringing humor and humanity to the audio work environment and how he dealt with an accident that left him without the use of his legs for 6 months. John has been working his ass off since arriving in San Francisco 1988 and it’s a pleasure to have him as my guest. Enjoy!