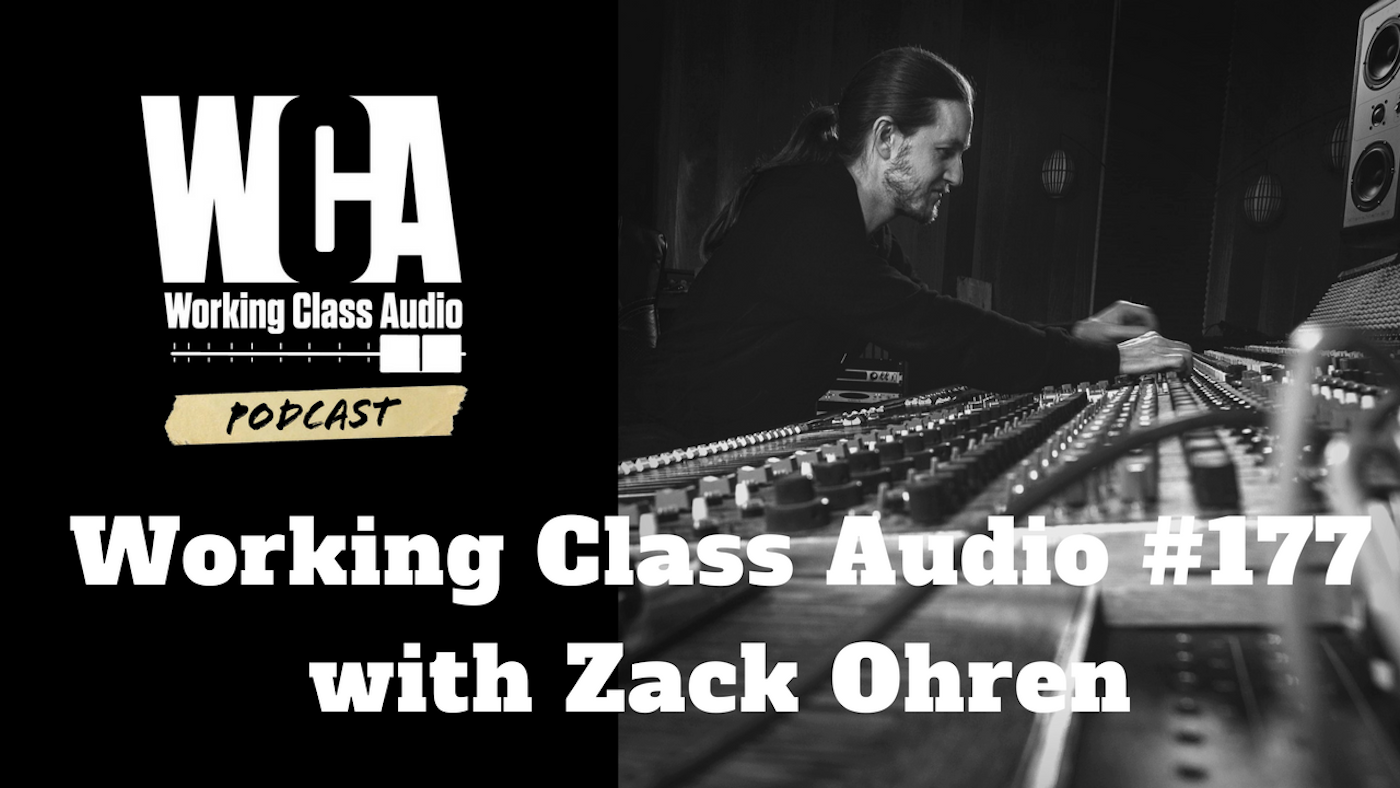 ZACK OHREN is an Oakland-based audio engineer & producer whose work includes over a thousand recordings over a two-decade long career.  Alongside his friend and former co-conspirator Aaron Hellam, he ran Castle Ultimate which quickly became synonymous with high-quality, accessible recordings. Since 2013, he’s been mainly working out of Sharkbite Studios.  Zack has been described as “wizard fast” and “brutally honest” – skills that have helped him settle into a niche of heavy, often technically demanding music.  He has worked with artists such as Machine Head, The Ghost Inside, Exmortus, Fallujah, Decrepit Birth, Suffocation, Set Your Goals, As Blood Runs Black, Cattle Decapitation, Entheos, Carnifex, All Shall Perish, Sworn Enemy, and Immolation among others.

Zack joins me to talk about his journey with former studio partner Aaron Hellam and the series of studio locations known as Castle Ultimate that they created, the challenges with studio landlords, neighbors as well as lessons learned and where he’s at today.  Enjoy! – Matt