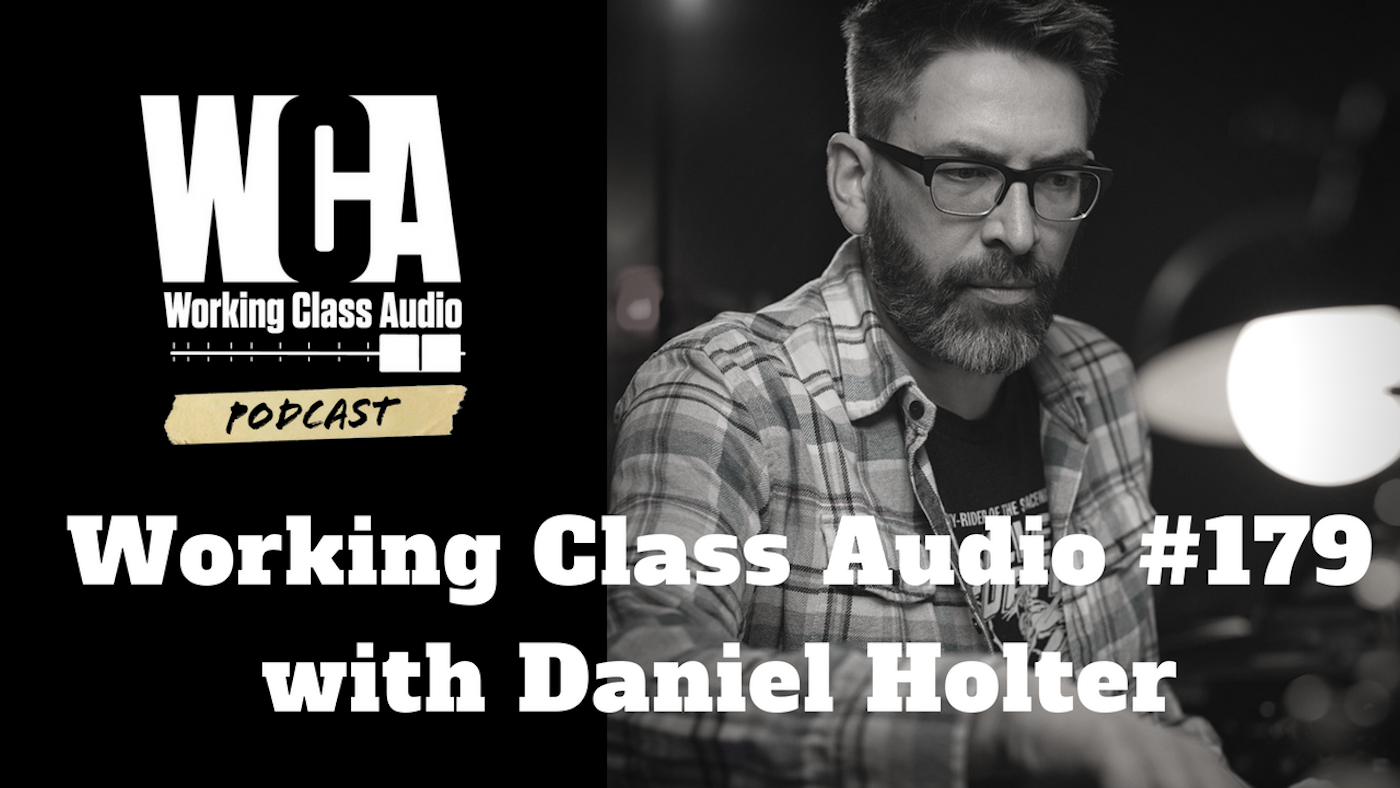 Daniel Holter is a producer, mixer, composer and songwriter. He studio  Wire & Vice is located in a 1920s-era post office near Harley Davidson and the original Miller brewery just outside Milwaukee, WI. He’s hosted a diverse range of musical artists, from Rihanna and Eric Benet, to Chester French, Maritime, and Skillet. Over the years, Daniel has mixed music by artists such as Nick Lowe, Field Report, Over The Rhine, Amos Lee, Blitzen Trapper, Collections of Colonies of Bees, Phil Keaggy, Crowded House, Dead Horses, WebsterX, and Ryan Higa. He’s also composed and/or produced thousands of cues currently being used by such varied clients as Apple, Nike, Google, Microsoft, GM & Gatorade, virtually all of the top shows on HBO, ESPN, CBS, ABC, NBC, Fox, and all across the globe in tv, radio, advertisements, video games and film. Photo by Andrew Feller (http://www.andrewfeller.com/)

Daniel  joins me to talk about his studio, his licensing business, family, divorce, winning and his creative drive.  Earlier in the show I’m joined by former WCA Alum Mike Wells (WCA #113) to talk about his new file delivery service Swan! Enjoy! – Matt