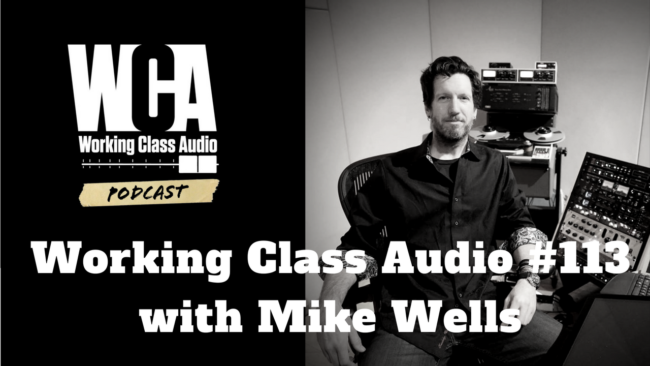 Mike Wells has spent the last 15 plus years mastering, complimented by a lifetime in music as a musician, music theory graduate, recording artist, and recording/mixing engineer. From San Francisco to Los Angeles, Mike has had one hell of a  journey to get to the point of working with artists such as Green Day, PARRI$, Prince, and Gridlock. While we all have career ups and downs of which Mike is no stranger, Mike also spent many years trying to decipher a medical condition that developed later in his life that was eventually diagnosed as  Epilepsy.  Not to be deterred by his diagnosis and the seizures that come as a result, Mike developed his mastering business which is known for his incredible attention to detail and going the extra mile for his clients.  After many challenges that would stop most people, Mike persevered and is now at a point where he is longer facing the daily threat of seizures with the help of 21st century medicine. The biggest take away from this interview is that Mike doesn’t have a “poor me” attitude. He is upbeat and forward thinking and that’s inspiring .  Mike joins us from his studio in Los Angeles.