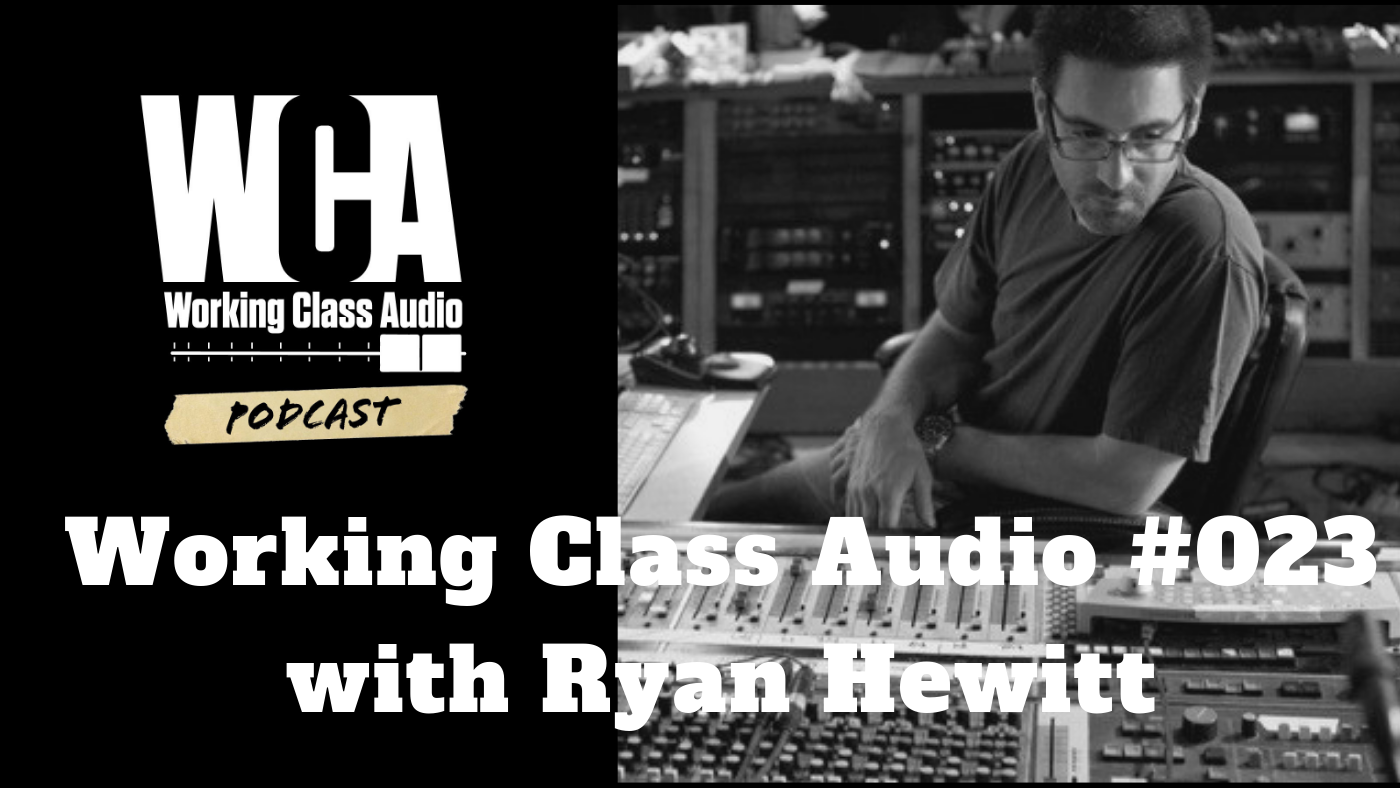 Ryan Hewitt began his musical career by taking up drums and piano in the third grade and set up his first primitive bedroom recording studio at age 10.  His interest in recording prompted his father, remote recording engineer David Hewitt, to take him on the road at age 12.  Over the course of 15 years on the Remote Recording Services trucks, Ryan learned to get sessions going quickly, pay attention to details and capture the moment on tape at all costs.

After receiving a degree in Electrical Engineering from Tufts University, Ryan moved to New York City to take a job at Sony Music Studios.  Once there, he quickly moved up the ranks to assist and learn from some of the best engineers and producers in the business such as Michael Brauer, Phil Ramone, Bob Power and Elliot Scheiner.  Moving to Los Angeles in the autumn of 2000, Ryan landed at Cello Studios, again moving to the head of the class and working with top engineers such as Jim Scott, Richard Dodd, and Ed Thacker.

Today, Ryan is emulating his mentors, recording, mixing, and producing projects by diverse artists such as The Avett Brothers, The Band Perry, Sheryl Crow, Brandi Carlile, Jamie Cullum, the Red Hot Chili Peppers, blink-182, Flogging Molly, The Alkaline Trio, Three Days Grace, We Are Scientists, Tom Petty, and John Frusciante.  Producers such as Rick Rubin, Matt Serletic, Gregg Wells, Jeff Trott, and Max Martin have called on Ryan for his work ethic and sense of humor as much as for his recording and mixing skills.

Ryan sits down for a chat with Matt (Via SKype) and talks about growing up with a recording engineer dad, what he’s learned from the producers he’s worked with as well software piracy. By popular demand, Ryan also answers questions from the WCA Facebook page.  Matt also has a special guest Michael Winger who is the Executive Director of the Recording Academy SF Chapter to talk about  H.R. 1457: Allocation for Music Producers Act.