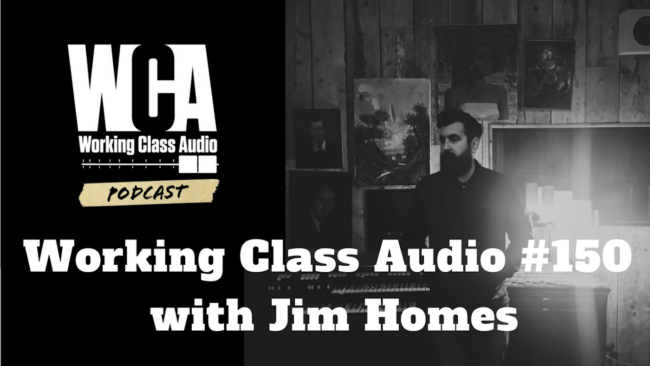 Jim Homes is a producer /engineer and one half of the production team known as Boe Weaver who have worked with artists including Champs, Whyte Horses, Wolfpeople, Archie Bronson Outfit and Rhys Lewis. Jim is our guest today since according to him he is the chatty one and brother Rob is the quiet one. Jim and Rob parlayed their 90’s era band’s minor success into a production  career by making some very good decisions  about gear and money early on. Their studio is located on the Isle of Wight South of London on property owned by the Crown where they rent a 3 story water tower to make records in.  Raising families and careers, the brothers have taken what some would see as a disadvantage (being isolated away from London) into an advantage by bringing artists to a truly magical place away from distraction to focus purely on music.

Jim chats with me about living and working on the Isle of Wight with brother Rob, raising a family, working 9-5, working below a giant water tank and being at peace with his surroundings.