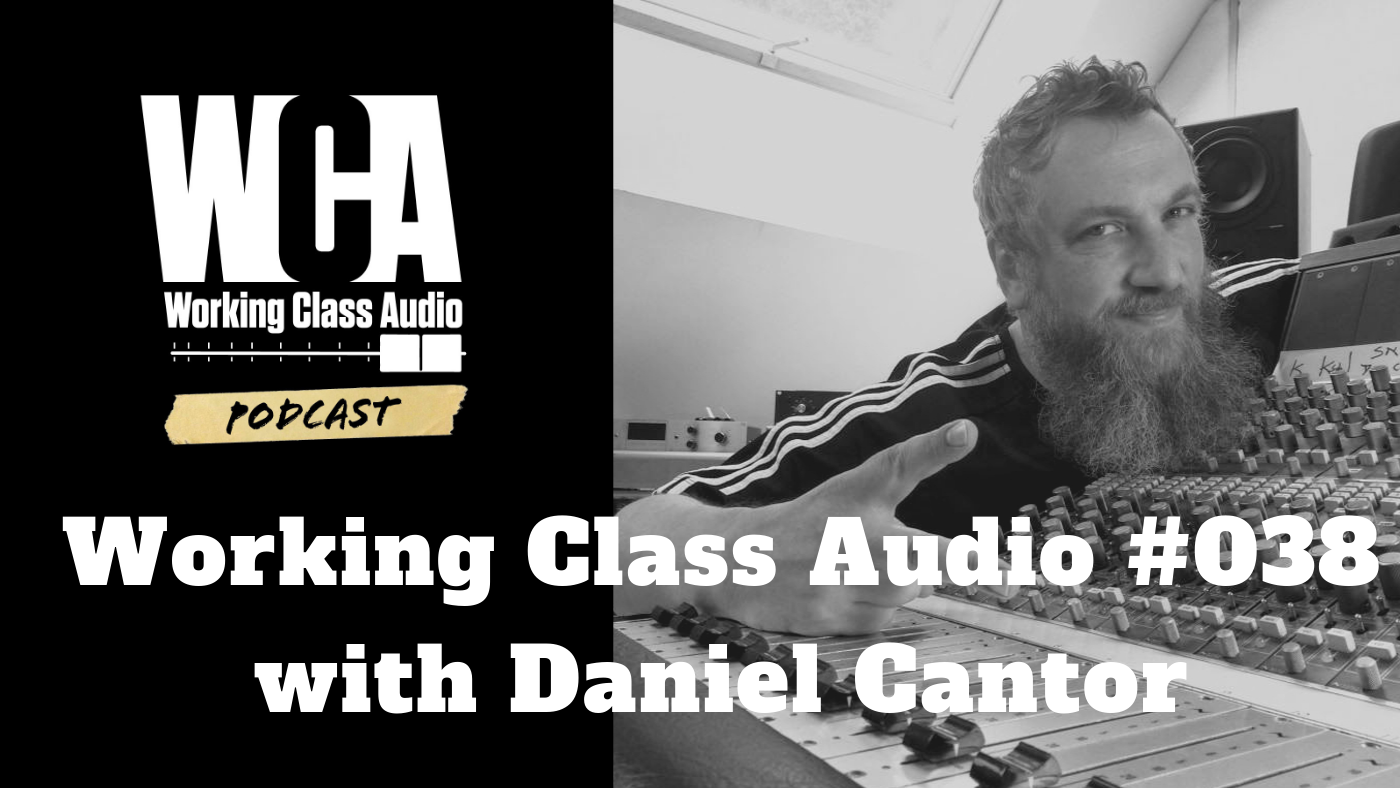 Daniel  Cantor is an Assistant Professor at Berklee College of music and Teaches music production in the Songwriting Department and Music Productions and Engineering Department.  Dan in 2015 received Berklee’s prestigious Fly Grant for teaching innovation and with that grant brought 2 male and 2 female outspoken Muslim Hip-Hop artists from Iraq, Syria, Jamaica and London to the Berklee campus. The artists came to teach, collaborate and perform with students and do work shops in over  25 classes discussing  gender and religion in Hip-Hop, protest music,  the nuances of teaching hip-hop at a music school, navigating Artist identity, Hip-hop production,  humor, protest and the complex roles and choices facing of Arab  and Arab Americans performers.

Originally Dan was a self producing artist in his own right w the band Hummer(on Accurate records) Dan became seduced by the role of the producer. Dan and his Studio Notable Productions have now produced many 100’s of albums for Global and American artists with various productions jobs for as diverse a crown as Aerosmith, Peggy Seager, Mr. Lif  and Thomas Mapfumo in a wide range of genres and and recently won the Domincan version of a Grammy in 2014 for best album of the year and was nominated  yet again in 2015.  He is internationally known for his Global Hip-hop work with the Label he helped launch with his cousin Ben Herson….  Nomadic Wax records, which began with the Senegalese compilations “African underground Volumes 1 and 2” that topped the charts in Africa and Europe.

He scored , mixed and helped produce the Documentary “Democracy In Dakar” that followed a Senegalese election through the eyes of its ever vigil and informed Hip-Hop  stars,  who ultimately played a crucial role in the election itself.

With Nomadic Wax Dan has produced and recorded the Trinity International Hip Hop Festival for 10 years running and through that has recorded and worked with Talib Kweli, Jean Grae , Poetic Pilgrimage, Brother Ali,  Krs -One, Dead Prez to name a few out of over 100’s of both global and American hip-hop  artists.  He is proud to have helped produce and master the “World Hip Hip Women” compilations volume one and two.  Much of the music he loves working on is political in nature.  “The story behind a piece of music is its life force” . The anti bush song “ Asshole”  he co-wrote and produced with the boston band Jim’s Big Ego got 4 millions downloads in 6 months way before YouTube was even around.   Even before teaching at Berklee he donated his studio and talents to student winners of  Berklee’s “Music for Social Change Competition” and was music and financial executive producer for albums by artists from Mali,  Zimbabwe, Cape Verde, Jamaica, India, Senegal, Italy,  and Iraq.  Dan helped US Peace keepers create recordings to teach indigenous language to border conflict deployed troops.  Dan produced tracks with and for popular Congolese artists working with USAID to bring unity back to a community ravaged by violence against families but especially women.  Dan recently recorded the Sierra Leone Refugee all-stars at his home to spread positive radio messages about Ebola prevention through out Africa.

Dan links his heartfelt feminist leanings to his grandmother Lucille,  who taught him to be vocal and stand against injustice.  She was an early president of the League of Woman voters and was arm and arm with her friend Carrie Chapman Catt.

You can see Dan in the 2015 Aljazeera documentary about the brilliant female Muslim duo Poetic Pilgrimage called  “Hip-hop Hijabs”.  He is beardless but none the less vigilant.

Busy guy! Dan talks with Matt about selling gear, global Hip Hop, running a commercial studio in his house where his family lives as well as speaker placement.