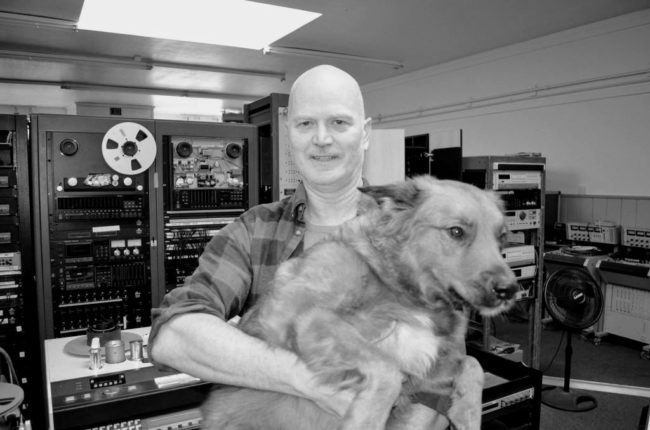 Tardon Feathered runs an audio operation that keeps recordings alive. His Mr. Toads transfer business specializes in bringing back audio off of media made on machines that are no longer made or very few people have. Whether it’s a priceless family 3″ tape recording, that lost band master on the 8 track, a live recording on a videocassette that doesn’t look anything like VHS or even 78 rpm records, he is equipped to transfer most anything. These days, it’s not too big of a stretch to include digital sources such as floppy discs, Syquest, Jaz, DVD-RAM and MO drives as near-obsolete formats because of the difficulty in finding any units to play them back on. Tardon is able to handle simple projects like the transfer of priceless 16, 33, 45 and 78 rpm recordings, to complete restorations of tape libraries (including tape baking and splice replacement!) and transfer them to whatever digital format you need via the highest quality signal chain available. It would be near impossible to make a list of the formats he  is able to work on, but I think you get the idea. You can hear some his work on the site Wolfgangs Vault where Tardon helped digitally transfer the entire catalog. Want to hear a Little Feat show from 1975 or a Police show from 1979? That’s all possible due to Tardon’s expertise in outdated formats and how to handle them.

Matt went out to Vallejo, California to talk with Tardon and his trusty dog Verna about his recent move out of San Francisco and the nature of his business.