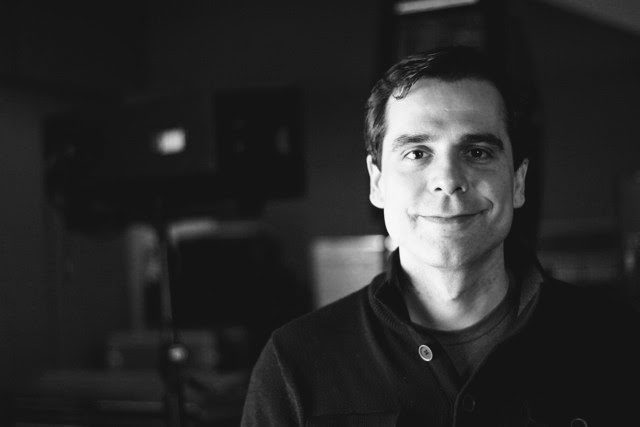 Matt Wright grew up in an extended musical family, of both musicians and aficionados. Every family get together involved extended periods of both playing music and arguing about pop records, which strongly influenced his relationship with music: a) He’s a lifelong musician because of it, b) He was raised listening to the canon of great pop records, and c) He was surrounded by people who thought that pop music and record albums were important. They were more than just a consumer product for teenagers to buy and eventually throw away. A great pop record was a work of art that was worth arguing about and that you could have an ongoing relationship with.

Matt toyed around with cassette recorders when he was young (My First Sony, anyone?), but Matt was never one to get too excited by the technology itself (aside from a new Walkman or CD player being a cool toy). Matt had no interest in the Sound Crew when I was in high school – mixers, speakers, amplifiers (other than the guitar kind) all seemed rather dull to him. It was only after Matt had his first multitrack experience, watching a couple friends use Cakewalk Pro Audio 9 to build a complete arrangement of a song from just a couple guitar riffs that he got excited about recording technology. Something clicked for him  when he realized that not only could he learn to make music recordings that sounded more like real records and less like My First Sony, but that he could also use the technology of recording to expand what he could do creatively with music.

Today, Matt’s  interest in and philosophy for record production and engineering are still driven by the principles discovered in these early moments. Matt  believes in striving for exceptional quality at all times – in arrangement, in performance, and in sound. He believes the technology should serve the record-making process in the most transparent way possible, never dictate it. And he  believes that the record album is an art form in its own right, not just a translation of live musical performance, and that making a great record is something worth pursuing for its own artistic merits.

Matt and Matt talk about his transition from intern to chief engineer at Prairie Sun Recording, being a new dad and his absence of gear lust.

Read more about Matt at www.mattwrightsound.com