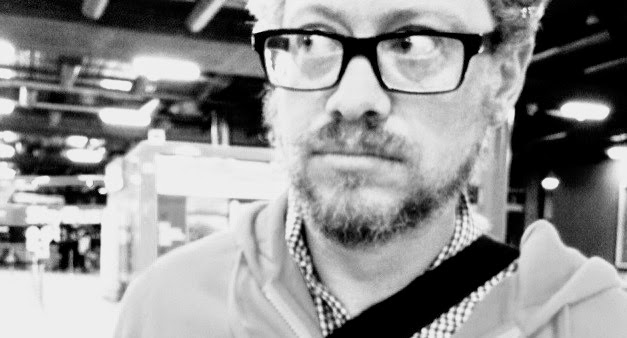 Eli Crews has been recording since the early-’90s, when he started making weirdo fractured music on 4-track machines, hugely inspired by The Residents and early Devo. At the time he was also a very active musician, playing guitar and bass in a zillion and a half San Francisco bands. Over the course of making a few albums at small studios owned by Myles Boisen and Kyle Statham, he became inspired to pursue recording himself. Already being part of a vibrant music community, it was easy to find musicians and bands to practice his skills on.
Things have luckily come a long way since then. Artists Eli has had the enormous fortune to work with, either in the studio or onstage, include tUnE-yArDs, ?uestlove, Yoko Ono, Kathleen Hanna/The Julie Ruin, Yuka Honda/Cibo Matto, Sean Ono Lennon/The GOASTT, Yo La Tengo, Laurie Anderson, Marc Ribot, Deerhoof, WHY?, Son Lux, Colin Stetson, Mike Watt, Erase Errata, Scott Amendola, Jeff Parker (Tortoise), Fred Frith, Ben Goldberg, Nels Cline (Wilco), Greg Cohen (Masada/Tom Waits), and Maria Muldaur. He has also assisted legendary engineers Roger Moutenout, Oz Fritz, and Ron St. Germain.
Eli spends most of his days working at Figure 8 Recording in Brooklyn, NY, although he still co-owns New, Improved Recording in Oakland, CA, which he co-founded in 2003. He has also made albums at Tiny Telephone (SF), Fantasy Studios (Berkeley), Electric Lady Studios (NYC), Oscilloscope (NYC), the Bunker (Brooklyn), High Bias Recording (Detroit) and Broken Radio Studios (RIP!).
Eli and Matt talk about moving out of the Bay Area to New York, Family, interns and much more.
You can find more information at www.elicrews.com.