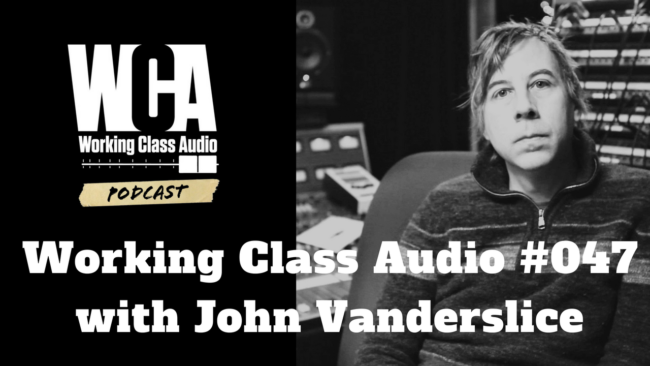 He is the owner and founder of Tiny Telephone, and Tiny Telephone Oakland, Bay Area analog recording studios.
In 10 full-length albums, and 5 remix records and EPs, Vanderslice’s songwriting is characterized by deeply personal and political lyrics and the use of experimental analog recording techniques. His declared musical influences are diverse, ranging from Neutral Milk Hotel and Radiohead to Public Enemy and Henry Cowell. He has collaborated with renowned musicians such as Mark Kozelek, St. Vincent, and John Darnielle.
He is currently a full-time producer and has worked with The Mountain Goats, Teen Daze, Spoon, Strand Of Oaks and Sophie Hunger.

Matt and John sit down for a chat in Tiny Telephone studio A where they discuss borrowing money, the opening of Tiny Telephone Oakland, smoking pot & climate change. After all that…they go out for amazing Mexican food in the Mission District of San Francisco.