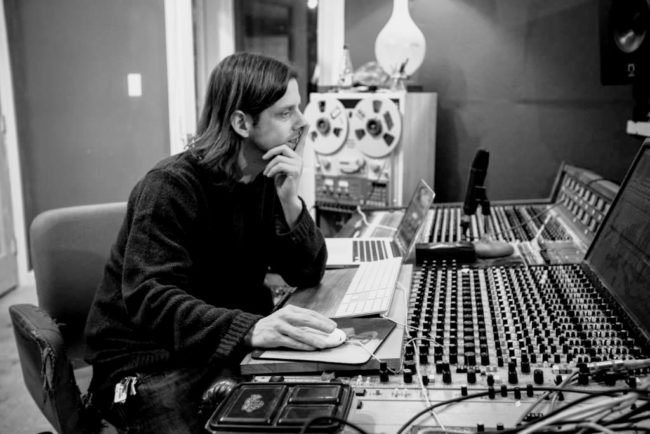 Brian McTear is a nationally respected record producer, musician, and the owner of one of Philadelphia’s most revered independent recording studios, Miner Street Recordings in Fishtown. In the 18 years since he moved to the Philadelphia music community, Brian has worked with countless local artists like Dr. Dog, Kurt Vile, and The War on Drugs, as well as national artists like Sharon Van Etten and Joan Osborne, whose grammy nominated album “Bring it on Home” he mixed in 2011.

McTear is also the  founder of Weathervane Music , a non profit arts and culture organization whose mission is to advance independent music and the community that surrounds it. In 2010 he created and launched the organization’s flagship series, Shaking Through, a documentary series that takes place in Philadelphia and captures the recording studio performances of 7 – 10 select independent musical groups each year as they each record one song in two days. .

Weathervane’s membership program has allowed thousands of music fans, musicians and home recording enthusiasts, in countries all around the world, the opportunity to download and remix the beautifully captured Shaking Through recordings. More recently, Weathervane has been developing a program to provide teaching materials for college and university recording programs, a project that will change the way future engineers learn to record music.

Brian and Matt chat over Skype about Miner Street and Weathervane music as well as the music business as a whole. Special thanks to WCA listener and Weathervane Music member Bob Bailey for his many messages that finally got Matt off his ass to check into Brian and his amazing ventures!