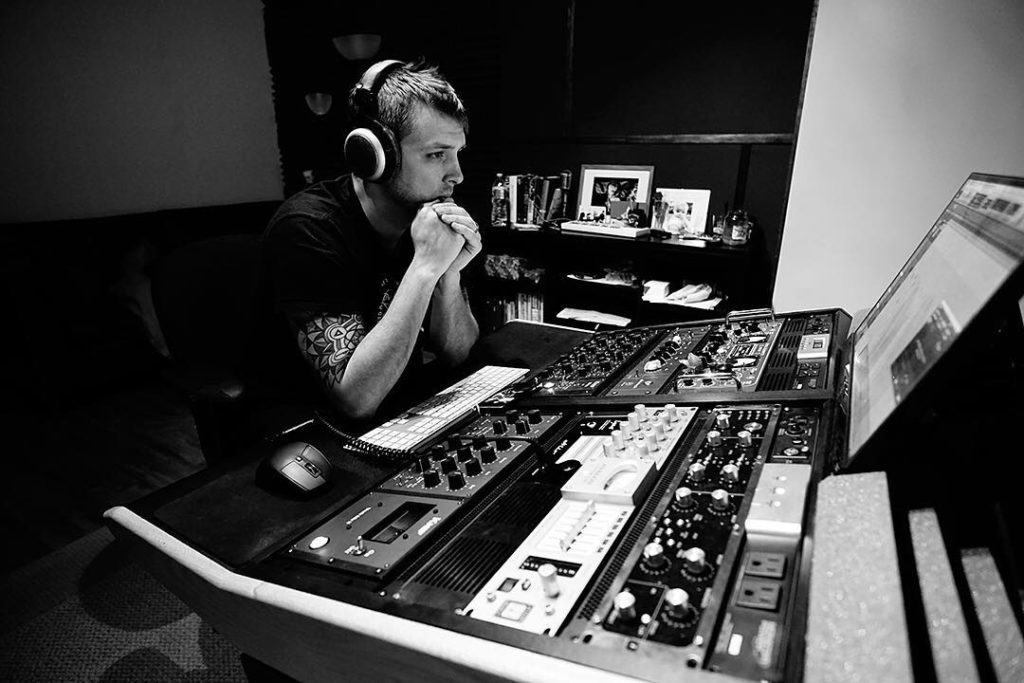 Mike Kalajian is the son of an audio technician/audiophile who was exposed to music and recording equipment at a very early age through family including his Uncle’s home recording setup  which fascinated Mike and started to draw him in to the audio experience. Mike’s parents say his first word was actually “speaker” and at  9 years old  was given his first guitar along with a 1/4 inch reel to reel . Mike wasted no time and immediately started writing and recording his own music. All of this took him to the next step in audio indoctrination, the building  of his first basement “studio” in junior high where he and a friend  started recording fellow student musicians for $20/song on a cassette 4-track. After high school, attendance at Full Sail followed.  20+ years later, Mike has recorded over a hundred albums and Ep’s for other artists, toured with his own band, and mastered countless recordings. Of all the facets of engineering he found mastering to be the most rewarding. I talk with Mike Kalajian (pronounced Kalasion) about his background, his thriving mastering business Rogue Planet Mastering as well as his workflow.  Mike is a really nice guy who is passionate about what he does and I found it a pleasure speaking with him. Enjoy. -Matt