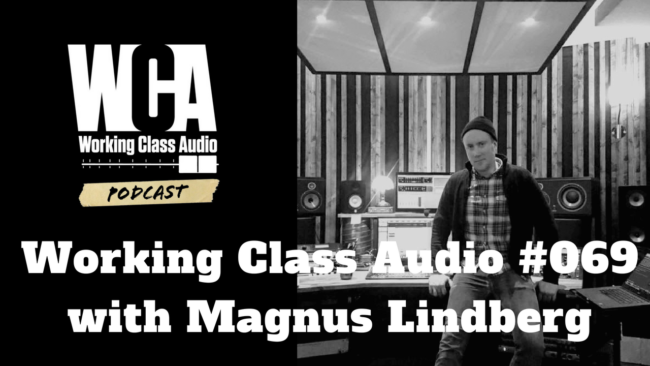 Magnus Lindberg is a freelance engineer based in Stockholm, Sweden. Despite his young age of 35 he has already been an audio professional for 14 years, working with a wide range of independent bands and artists from all over the world.

Starting out at a young age with various intern ships, most noticeable the one at Sound City Studios, LA he then found himself a part of the production team at Tonteknik Recording, under which roof he stayed for about 8 years until moving to Stockholm and becoming completely solo. Although he has been doing many projects in studios in London, Paris etc he is now a co-owner of a brand new facility in central Stockholm in which he conducts his mixing and mastering work which nowadays takes up most of his time. While not doing engineering he also play live drums (and does studio engineering) in Cult of Luna, a well established band in the alternative rock/metal scene.

Matt talks with Magnus about Stockholm, his business practice, building a new studio from the ground up and the gear he uses to do his job.