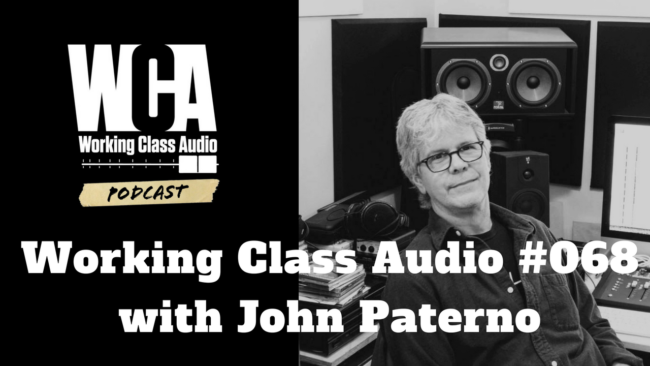 John Paterno is an LA-based audio pro.  He has worked with a wide range of artists, including Robbie Williams, Soraya, Badly Drawn Boy, Lustra, The Thrills, Tim McGraw, Robben Ford, Eros Ramazzotti, and The Steve Gadd Band in his 25+ years in the music business.

John moved to Los Angeles two weeks after graduating from the University of Miami’s Music Engineering program, and quickly gained footing as a ‘freelance assistant’ until he was offered a position at Sunset Sound/Sound Factory as a staff engineer/assistant.  It was at Sound Factory where he ended up on a session with Tchad Blake and Mitchell Froom, and was for the next several years involved in many of their seminal records — projects by Los Lobos, Suzanne Vega, American Music Club, and the Latin Playboys, among many others.

John’s first projects as an engineer include Ted Hawkins’ ‘The Next Hundred Years’,  that dog’s ‘Retreat From the Sun’, and co-producing the Los Lobos score for the film ‘Feeling Minnesota’.  From there he worked with a range of producers including Mitchell Froom, Joe Chiccarelli, Byron Gallimore, and Stephen Duffy.

John has also produced or co-produced projects for Mitchell Froom, Lustra, Robbie Williams, The Lilac Time, The Black Molly’s, and many other artists.

In addition to producing and mixing projects, John has also: written songs with new artists; composed for TV and film; written articles for Tape Op magazine and the Universal Audio site; and has done instructional videos on mixing with PureMix.