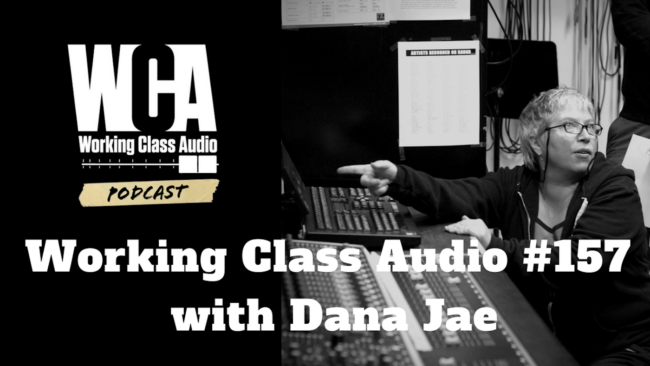 Dana Jae’s career as an audio engineer spans 34 years since the first day she began to record and mix songs on her Tascam PortaStudio in the early 80’s while attending college at UC Berkeley. She formed several of her own bands performing and recording until 1988 when she discovered that the “behind-the-scenes” tech realm was much more to her liking. Dana then began a career as a live sound engineer and has toured extensively throughout the U.S. and Europe as front-of-house sound engineer for a multitude of bands on various record labels and have been a staff engineer at the venerable Bottom of the Hill nightclub since their inception in 1991.

Dana has  owned and maintained a live sound production company since 1989 under the moniker dcj Productions, that has provided sound to the Bay Area community (mostly in the non-profit sector) in both large-scale, outdoor sound events as well as nightclubs and music halls. In 1991, she started recording bands on an 8-track Tascam TSR-8 analog tape recorder and moved into the digital realm in 1993 to 16-tracks of Alesis ADAT in her home studio. In 1995, Dana advanced to using Pro Tools and has been recording exclusively digital ever since, combining audio skills in sound for film as a location recordist as well as in post-production sound design and mixing. Dana says she  still prefers the sonic rapture of “strictly analog” in live sound mixing, however.

Dana co-owned and was the President of APG Records & APG Studios, a record label and recording studio from 1999 – 2004 which had a distribution deal through EMI.

I’ve known Dana Jae since the late 90’s. We crossed paths working at local San Francisco pro audio dealers  Audio Images and Cutting Edge  Audio  and also worked briefly together at a small record company.  Since then we have stayed in touch over the years and recently ran into each other at an audio event where we planned this interview. We discuss how Dana got into audio and her journey through live sound, studio sound, film sound, pro audio retail and her current gig at City College of San Francisco. Enjoy!