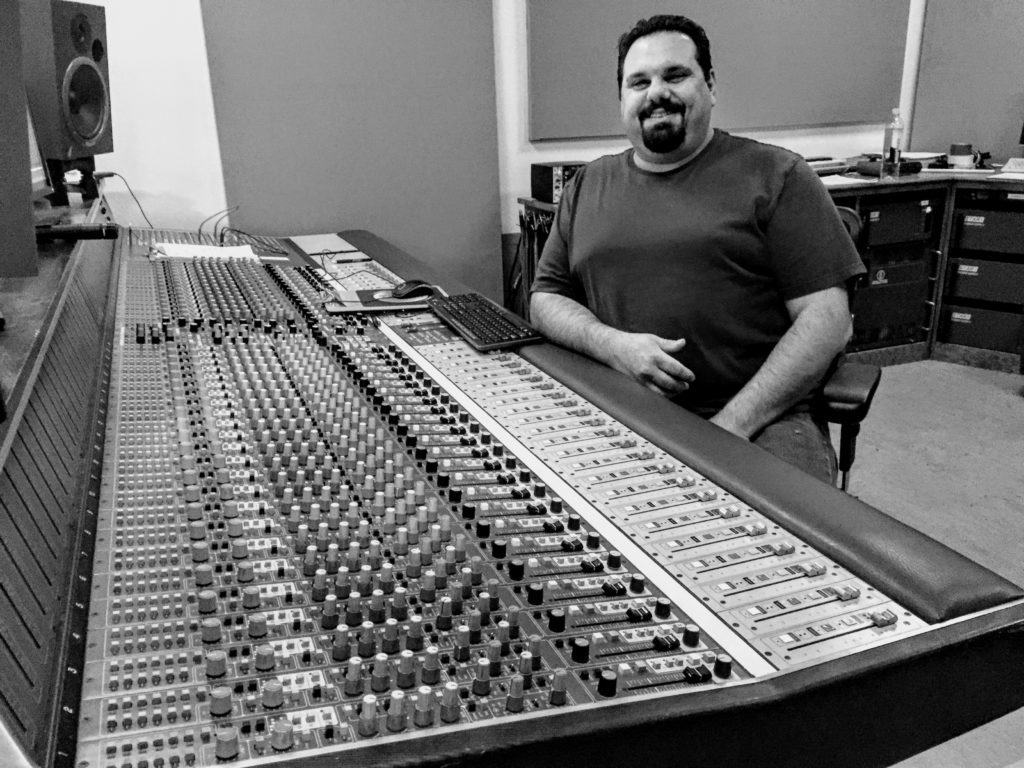 Andy Deguara is a studio owner, audio engineer and producer working in the San Francisco Bay Area. His recording career started in 1994 as a Junior in High school. He obtained his first 4 track recorder and immediately started recording his friend’s vocals and D.J. mixes. It soon became very clear that He wanted to work in a studio recording and mixing records.

In 1998 Andy decided he wanted to fast track his recording knowledge and decided to attend the Conservatory of Recording Arts and Science in Tempe Arizona. Here he gained extensive knowledge in understanding acoustics, signal flow, Basic equipment maintenance and electrical engineering, along with live sound and music business.

Upon completing the Program Andy returned to the bay area where he began working for M.A.R.S Studios (Music Arts Recording Studio) in Aptos California. Andy started as an assistant engineer working on a variety of projects. Eventually he got the opportunity to engineer and run sessions on his own.

While working at M.A.R.S. Andy also continued making and recording music at his home studio. At this point he was running a full 24 tracks for recording and a 32 channel mixing board. His gear collection also continued to grow substantially. In the fall of 2000 Andy came across an opportunity to lease some office/warehouse space. He jumped on the opportunity and began building out a full studio. The studio consisted of a large control room, a good sized recording room, and a separated iso booth.

For the next 14 years this was the home of A&D Studios where Andy recorded a variety of projects that ranged from singer songwriters, independent record labels, independent Artists, and corporate work. Andy Worked with Artists like blues man Kenny Neal, rapper Too Short, and Metal Band Jeoff Tates’s Queensrych.

In 2014 the building that housed A&D studios was sold to developers. Andy was forced temporarily close down the studio and find a new location.

After two months of searching and not finding a suitable location that was not overpriced by the bay area’s skyrocketing real-estate market, a new opportunity was presented to Andy. A local community college that he had done work with in the past just finished construction of a new building that housed a space that was built and dedicated as a recording studio. The college offered Andy the opportunity to rent the space and use as a home base when classes were not in session. This new arrangement has allowed Andy the ability to change the way he operates his studio and has created new opportunities.

Since establishing the relationship with the college Andy has built a private 280sqft home studio which gives him the ability to edit and mix in his home studio and use the college studio to record and work on projects with clients. He also works closely with the college to help maintain the studio. He currently co-teaches some of the recording classes as well as holds special recording seminars for the students.

Andy Continues to record mix and produce records at A&D Studios as well as in his private studio. He also is available for freelance work and travels to studios all around to work on projects.