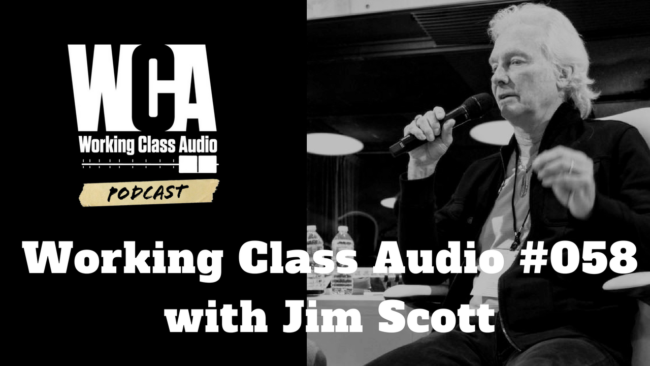 This interview with Jim Scott was recorded live at the Focal booth at NAMM 2016 was fantastic.  Jim is best known for his large body of work as an engineer and his work as a producer with the American rock band Wilco.

Jim has worked as an engineer with a range of other rock music artists, including Dixie Chicks, Tom Petty, Sting, the Rolling Stones, Roger Daltrey, Crowded House, 7 Worlds Collide, Red Hot Chili Peppers, Lowen & Navarro, Jack’s Mannequin, Ron Sexsmith and many others. Scott won a Grammy Award for his work as an engineer on Red Hot Chili Peppers’ benchmark album Californication (which he also mixed), as well as for engineering Tom Petty’s Wildflowers, mixing the Foo Fighters’ One By One, doing engineering work on Santana’s Supernatural, and getting three Grammys for his work on the Dixie Chicks’ Taking The Long Way. He also mixed Matchbox Twenty’s “More Than You Think You Are” which reached a no. 6 on the US Billboard 200 and had two Top10 singles on the US Hot100.

In 2013 he participated in the movie Sound City, by Dave Grohl (Foo Fighters), along with many others such as Paul McCartney, Butch Vig, Neil Young and Tom Petty. The movie was about the Neve console and its many visitors over the years, through the studio of Sound City, which by the way was where Nirvana’s Nevermind was recorded.

Jim and Matt discuss doing a job well no matter what that job is, including scrubbing toilets. They also discuss shrinking budgets and his Neve console.