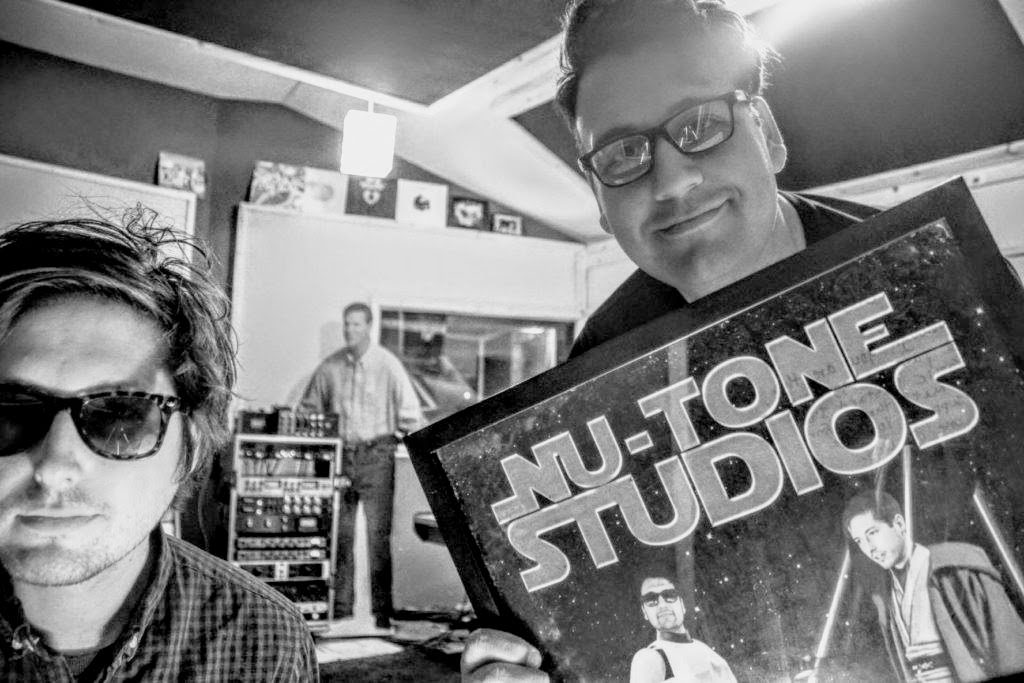 Ben Hirschfield and Scott Goodrich are studio partners at Nu-Tone Studios. If you have followed my conversations with Chris Dugan and/or Willie Samuels  you’ll recognize their names. I thought stopping by Nu-Tone and chatting with these guys would be a great way to follow up on a story that started with Dugan and Samuels.

Ben Hirschfield began playing music at an early age and almost immediately became obsessed with the recording process. By high school, he was constantly making recordings for his own bands, as well as those of his peers. After touring nationally and internationally with his own music, Ben began focusing more intently on recording. While attending Ex’pression College for Digital Arts, he founded the now defunct Imperial Recording Studio with fellow engineer Scott Goodrich. Imperial quickly became a go to spot for local and national indie acts. While still running his own studio, Ben began an internship at Jingletown Recording, which led to a full time gig at the facility. Since 2012 he has been calling Nu-Tone Studios his home base, occasionally freelancing out of other Bay Area studios. He has produced, engineered, and/or mixed for artists including Against Me!, Green Day, Mobin’s Child, NOFX and The Story So Far.

Scott Goodrich is a Recording and Mixing Engineer from Oakland, California. He began as an intern at Jingletown Recording immediately out of school, and later established his profession in his parent’s garage with Ben Hirschfield at Imperial Recording Studios. Scott joined the Nu-Tone Studios family in 2012, and has since recorded bands such as The Story So Far, Culture Abuse, Worthwhile, and other notable groups. He’s worked alongside Hopeless Records, Pure Noise Records, Equal Vision, 6131 Records, and Adeline Records on a handful of successful projects. When outside the studio, Scott sings and plays guitar in his band, Daydream.

As I mentioned in the show monologue, here is the Go Fund Me page for the employees of Presonus who lost everything in the recent flooding in Baton Rouge, Louisiana.  https://www.gofundme.com/2tf4gxh8

Also below are various links for Ben Hirschfield and Scott Goodrich. Make sure and check out some the pictures of Nu-Tone .