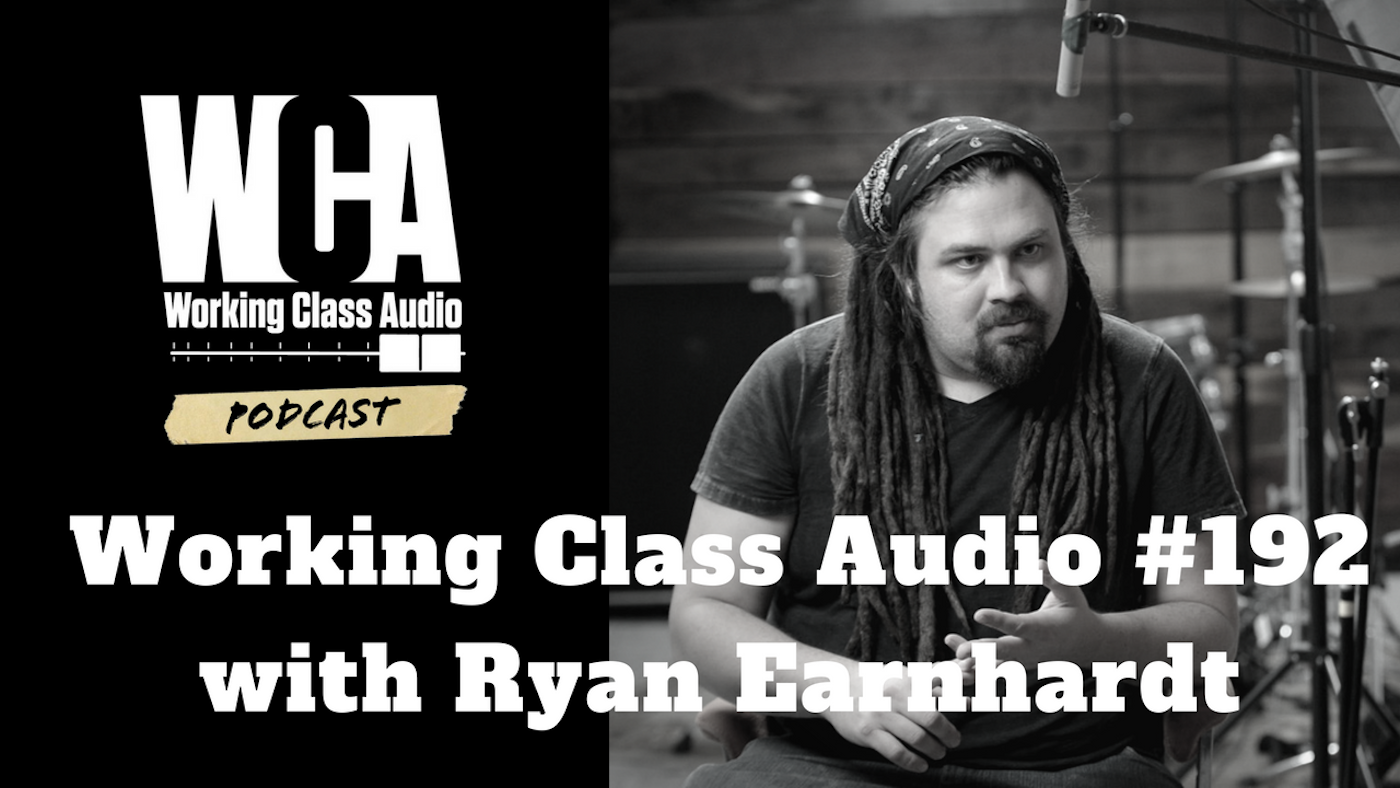 Ryan Earnhardt is a video creator and studio owner who produces a YouTube show called Creative Sound Lab. It covers recording-focused topics and out-of-the-box topics such as DIY effects. He recently built a Pooper Time Cube (A delay made from 4 inch drainage pipe) and created a reverb out of a garden hose. Creative Sound Lab stresses fundamental recording techniques and capturing real sounds such as using re-amping during mixing or using echo chambers for vocals – even if that chamber is your living room! Ryan has partnered with Brian McTear (WCA #060) of Weathervane Music and author Eric Sarafin aka “Mixerman”. Ryan started Creative Sound Lab in 2013 because he saw a need for something different than computer screen videos that mostly covered mixing topics. He currently has over 37,000 subscribers and hosts over a dozen online courses at Creative Sound Lab.tv Ryan’s studio, Lumen Audio, is debt free and supports his wife, and 4 kids. For fun he enjoys fresh mountain air, electronic music creation, and cooking…which he says is just about the same mindset as mixing a song.

Ryan joins me for a chat about his studio (Lumen Audio), his Audio Courses and Youtube channel  Creative Sound Lab as well as his world of 4 kids (5th on the way!) and his journey to where he is today.  Enjoy! – Matt