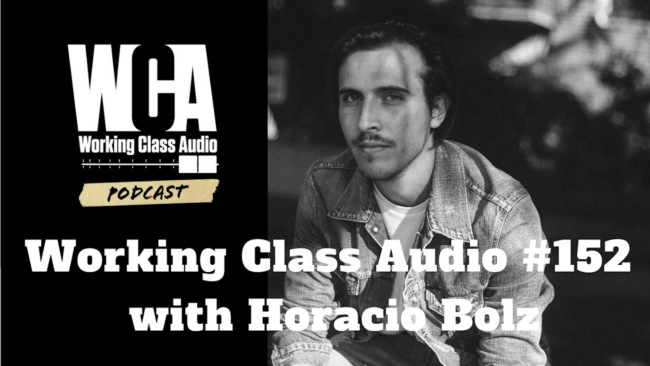 Horacio Bolz  is an engineer/producer from  Montevideo, Uruguay. By the age of 8 he was recording for fun and playing guitar and drums. While his life plan was originally to become a commercial airline pilot, it wasn’t until  later he realized that music, producing and engineering was what I wanted to do in life. So by the age of 18 he moved to the UK to follow that dream. Horacio  started his Production & Sound Engineering studies at Alchemea Collage in London. Once there he began to work for Phil Manzanera and Javier Weyler as an assistant engineer. During this period he recorded part of Phil’s last two solo albums (The Sound of Blue & Corroncho 2).
In 2012 Horacio returned to Uruguay where he started working as head engineer at Vivace Music. There, he recorded and mixed songs for most of the best bands in the country. Meanwhile he started doing live related work as a Monitor Engineer for Uruguayan bands. 2013 was the year in which Horacio  started his band The Islingtons. They released “1 1 2 3 5”, their  first studio album which was nominated for “Best New Band” at the Graffiti Awards. Since 2015 Horacio has been working as a freelance engineer, producer and musician. He owns (with his business partner Christian Eichin) a software development company in which they develop a free app called “Wavejam”. A collaborative multi-track recorder for iOS devices. Horacio also owns Vincent, a Creative Audio & Film production company based in Montevideo, Uruguay.

Horacio talks with me about his early plan to become a commercial airline pilot, his work with Phil Manzanara, import taxes in Uruguay and how that affects his ability to buy equipment, as well his ability to make a living and incorporate audio into his life even when faced limitations. -Matt