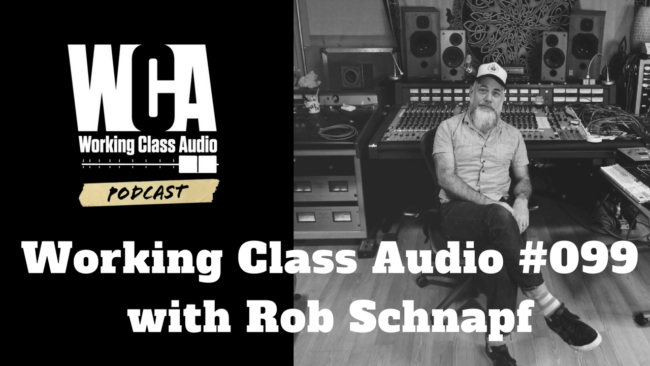 Rob Schnapf has been making critically-acclaimed records for the past two decades. He first gained recognition by producing (with his then-partner Tom Rothrock) Beck’s debut album, “Mellow Gold,” including the breakthrough single, “Loser.” Rob and Tom produced three albums for Elliot Smith, including “XO” and “Figure 8.”

After Elliot’s death in 2003, Rob was asked by Smith’s family to help sort, compile and complete the tracks that Elliot had been recording. This was released as “From A Basement On The Hill,” and became Elliot’s highest charting album in the US.Rob went on to produce albums for Guided by Voices, Saves The Day, The Vines, Powderfinger, The Whigs and Tokyo Police Club. In 2009 he produced Booker T Jones’ “Potato Hole,” which won a Grammy for Best Pop Instrumental Album. In 2011 he produced “The Road From Memphis” with Booker, which again won the Grammy for Best Pop Instrumental Album.

In addition to his work as a producer, Rob is an accomplished mixer. He mixed the debut album by the Foo Fighters (with Rothrock), and has mixed tracks for Fidlar, Moby, Rickie Lee Jones and a Grammy-nominated album for Mavis Staples. Rob produced and mixed tracks for Kurt Vile’s latest release, including the single, “Pretty Pimpin.” Rob is currently producing a new album for Cass McCombs.

Rob and Matt chat over Skype about business, artists, kids and the art of disguising your voice when using the talkback.