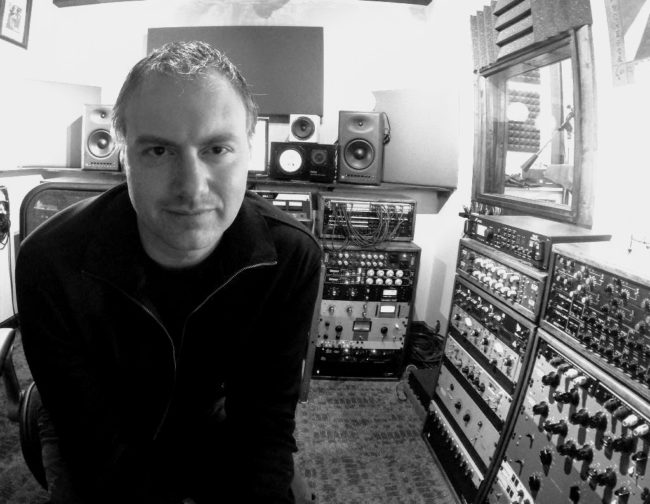 Bill Simpkins started in a music career by teaching guitar at the age of 16. In the early 1990s, he started recording his own projects and other bands mostly in the local hardcore punk or straight-edge metal scene with some ADATs and a Mackie mixer. He then worked for several years at Binary Recording Studio with regional bands, eclectic audio projects, orchestras and films.
In 2001, Bill graduated with a degree in Mathematics and became a software engineer but still did audio part-time. In 2011 he created Alpenglow Sound Studios in the downstairs of his house and has been mostly mixing and recording local/remote artists and doing part-time software engineering.
Bill may be best known for his blog titled “aediaries” that aims to present highly-filtered information and useful philosophies for those who don’t want to sift through endless forum posts and opinions.
He enjoys climbing, snowboarding and surfing. He sings and plays guitar in the heavy metal band “Slavemason”.
Some of the artists Bill has worked with are over the years are: AeTopus, Spindle, Jae Apollo, Dig the Particulars, Regan Mckinnon (Little Kingfisher), Amy Hindman, Kastle King, Clambake, Celestrial Navigation, Medici, Skeptoid Podcast, Mcknarley’s Rant, Phil Kelly, Jayhawker, Andy O, Hakon Sveinsson, G8a, Dana Lyons, Big Sur …
Bill and Matt talk about having a day job and still running a recording studio, Martin Birch (Producer Iron Maiden), how engineers can do better by there clients and the role of quality equipment.
https://www.facebook.com/AEDiaries
http://billsimpkins.com/
http://www.alpenglowsound.com
http://aediaries.com/