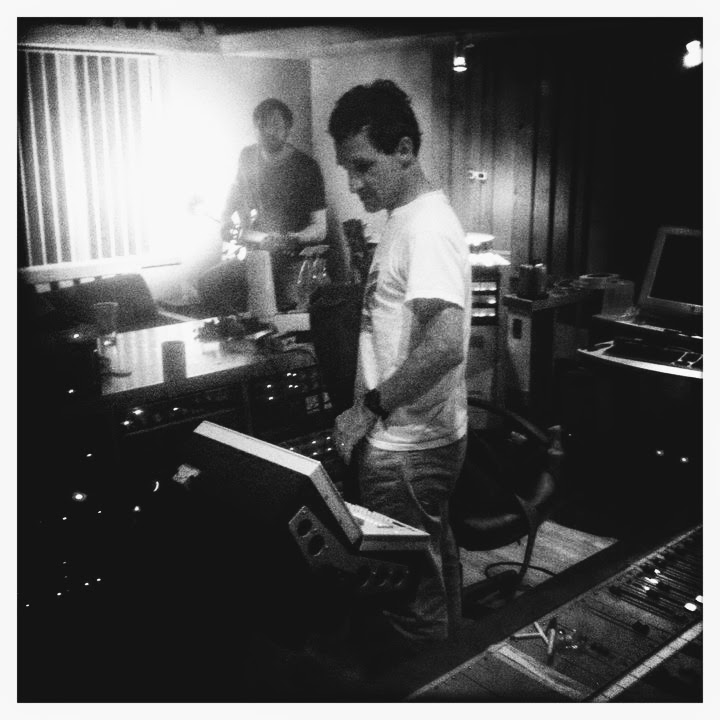 David Barbe has a two pronged career. He has been the Director of the University of Georgia Music Business Program since 2010.   On the creative side, he has worked on hundreds of recording projects as engineer, producer, musician and writer.   Over the past few years, projects have included Deerhunter’s “Halcyon Digest,”  Drive-By Truckers “It’s Grerat to Be Alive” and “American Band,”  New Madrid “magnetkingmagnetqueen,” and “Sunwimmer,” and Muuy Biien “Age of Uncertainty” to name a few.David moved to Athens in 1981 to study journalism at UGA. He got involved in the local music scene, playing in a variety of bands, most notably Mercyland and Buzz Hungry.He started recording local bands (Bar-B-Q Killers, Jack-O-Nuts, as well as a number of bands without dashes in their names) on a Fostex X15 cassette 4 track, also taking the opportunity to go into the studio any time any of the bands he worked with booked a proper recording session. That experience led to a job at John Keane’s studio. While working under Keane, David assisted John on a number of projects by artists including Billy Bragg, REM and Widespread Panic, then began engineering a steady stream of artists on his own (Jack Logan, Seersucker, Mt. Shasta, 5/8) at John’s studio and elsewhere.

In 1991 Bob Mould (Husker Du) invited David to join his new band, Sugar. From 1992 – 1995 they toured the world, and made 4 albums together, working at the Outpost in Stoughton, Mass.; Cedar Creek in Austin, Texas; Triclops in Atlanta; and several studios in Europe and Japan on performance for broadcast sessions.

After leaving the group in early 1995, David continued freelance engineering. During this time he made countless indie records in a variety of circumstances. The Rock*A*Teens first album was made in three different studios in 6 days. Harvey Milk’s “My Love is Higher Than Your Assessment of My Love Is” was primarily recorded in drummer Paul Trudeau’s house and mixed in the apartment of fellow engineer Brooks Carter, using the wooden frame stairwell for an echo chamber (the sound of crickets is audible during quiet sections of the album). SonVolt’s “Wide Swing Tremolo” was recorded over the course of 6 two week sessions in the band’s practice space housed in an old textile mill in Millstadt, Illinois, and mixed at Mitch Easter’s Fidelitorium. David’s fascination with using unique spaces for recording crops up with instances such as recording Kelly Hogan’s vocals in the boys’ locker room of a closed down school, and recording various things in the Chase Park parking lot.

“Going from place to place to work was a great experience,” says David about his freelance days (primarily 1991-97). “For one thing, you really have to think on your feet when it’s a big city studio one day, and somebody’s bedroom the next. For another, I definitely started to develop a feel for what I would and wouldn’t want in a studio of my own.”

In early 1997 David teamed up with Andy LeMaster and Andy Baker in a search of what they thought would be “a temporary space” for recording. What they came up with was Chase Park Transduction. After working together in the studio for a few months, they realized that the studio was turning into more than a stopgap.

Since opening Chase Park, David has worked with a wide variety of artists including the Deerhunter, Bettye LaVette, The Glands, Drive By Truckers, Jerry Joseph, Amy Ray, Bob Mould, REM, New Madrid and hundreds of others.

David’s general approach to making records is, “In any creative endeavor, the answer should never be ‘No’.

David talks with Matt over Skype about how he runs his studio, the importance of family and his approach to money and gear.