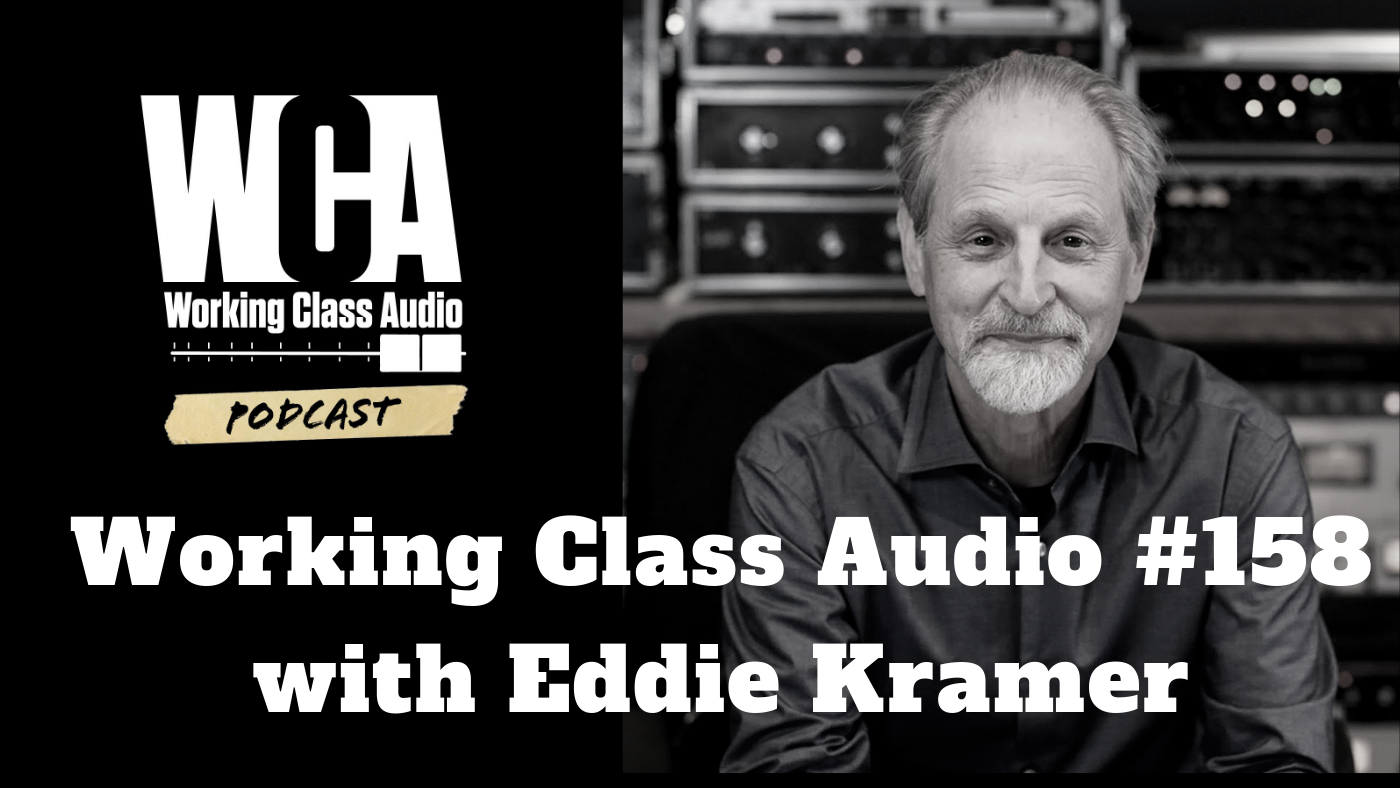 After moving to London from South Africa, Eddie Kramer began his recording career working at three of the most legendary studios in rock, Pye Studios, Regent Sound and Olympic Studios, where he recorded Jimi Hendrix, The Rolling Stones, The Beatles, Traffic and a myriad of other major recording stars.
In 1968 Kramer came to work at the Record Plant in NYC, engineering Hendrix’s “Electric Lady Land” LP, and also worked with The Vanilla Fudge, Joe Cocker and NRBQ. In 1969 Kramer went independent, producing Johnny Winter’s first LP and engineering “Led Zeppelin II,” acknowledged by fans and critics alike as perhaps that bands most influential work. In 1969 Jimi Hendrix hired Eddie and architect John Storyk to build a state of the art studio. After 13 months Electric Lady Studios was complete, and Kramer served as its Director of Engineering from 1970 -1974. Electric Lady became one of the world’s most popular recording studios and still rocks the world today with it’s great sounds.
Eddie continued to man the boards for other projects, including the best-selling Woodstock soundtrack, which made Kramer one of the most pre-eminent producer/engineers of live albums by rock artists of the era. He worked on live recordings by Led Zeppelin, Jimi Hendrix, Kiss, John Mayall, the Rolling Stones, Peter Frampton, Joe Cocker, Curtis Mayfield, David Bowie and Derek & the Dominoes. Add to it 6 of Led Zeppelin’s most enduring albums (Led Zeppelin II, Houses of the Holy, Physical Graffiti, The Song Remains the Same, Coda, How the West was Won, as well as Hendrix collections throughout the remainder of the decade (Cry of Love, Hendrix in the West, War Heroes, among others), and you’d think Kramer’s plate was full. But this proved not to be the case.
In 1973, two unknown musicians  (Gene Simmons and Paul Stanley) asked Eddie if  he would be interested in producing their new group’s demo tape. He accepted, touching off a relationship with theatrical heavy metallist’s Kiss that would last throughout the ’70s — resulting in such hard rock classics as their breakthrough Alive, plus Rock and Roll Over, Love Gun, Alive II, Double Platinum.
Kramer spent the ’80s producing and engineering primarily heavy metal acts- Fastway, Anthrax, Alcatrazz, Raven, Loudness, Triumph, Whitesnake, Ace Frehley’s solo outfit, Frehley’s Comet. But the ’90s saw him once again getting involved with Kiss for their Alive III set, as well as numerous Hendrix projects (once Hendrix’s family got the rights back to his music, Kramer was put back in control of overseeing all subsequent releases). During this time, he also co-authored two Hendrix-related books Hendrix: Setting the Record Straight and Jimi Hendrix Sessions. In 1999 he won a Grammy Award for his audio production of the video Jimi Hendrix live album The Band of Gypsys.
In recent years, Kramer has received several more Grammy awards including engineering a single entitled “The Game of Love”, with Carlos Santana and vocals by Michelle Branch, Martin Scorcese presents- Jimi Hendrix –“The Blues” which Eddie produced and engineered, Jimi Hendrix –“Live at Berkley,” Led Zeppelin- “How the West was Won”. Other Best selling albums include “Stone Free:” A Tribute to Jimi Hendrix, featuring tracks by Jeff Beck, Eric Clapton, The Cure, Buddy Guy, Spin Doctors and others, which Kramer produced and engineered. He produced and engineered “Our Country” John Mellancamp’s single for the Chevy Silverado campaign, worked with The Pixies Joey Santiago, Wolfmother’s cover of Cheap Sunglasses for a ZZ top tribute album, produced steel blues guitarist Robert Randolph, Buddy Guy and the Family Band.
He is currently working on Acoustic Experience- a contemporary acoustic remake of Hendrix’s songs with artists Jason Mraz/Crosby and Nash, Mike Mc Cready and Brandi Clarlisle, Grace Potter, Rafael Saadiq, Heart, Shinedown, etc.
In addition to his legendary music career, he has been one of the key photographers of the rock world. His unique access and life long friendships with rock’s luminaries have given him access to a world others rarely see. Eddie’s photographs have been exhibited in some of the world’s most prestigious galleries and museums and have become prized possession of international collectors.
He likes to educate the next generation of producer/engineers by sharing his years of experience in the studio. Kramer is a frequent lecturer at La Fabrique Studios in St. Remy de Provence conducting weeklong seminars and workshops at Mix with the Masters.
Eddie continues to engineer and produce new artists. He is constantly pushing the envelope by developing recording software for WAVES, DTS surround sound, designing Jimi Hendrix and Brian May Guitar Pedals for Digitech, he partnered with F-Pedals to create the “Eddie Kramer” signature guitar pedals, worked on the Disney interactive game “Fantasia- Music Evolved”. He is currently working on the “Eddie Kramer Tutorial Recording App” and has a company with his partner AJ Newton called Lunafinery which sells men’s and women’s luxury accessories.
The most recent highlight in Kramer’s career was an Emmy award for best sound in The American Masters Hendrix documentary “Hear My Train A Comin’.
Kramer is currently working on his memoir, From the Other Side of the Glass.

One day I received an email with the subject line Guest suggestion/Eddie Kramer from Clifton David Broadbridge. The email read “I work with Eddie in Toronto. I’m his studio partner and assistant,, was wondering if you would like to interview him for your podcast? He would be totally into it!” I almost fell out of the chair! Long story short, I replied back, spoke with Clifton, then spoke with Eddie and next thing I know I’m wrapping up an interview with someone who is responsible for some of the most incredible records in music history. I was a little stunned afterwards. Sincere, funny, and full of energy is how I would describe Eddie Kramer. We talk about his photography, Jimi Hendrix and the new record coming out, Led Zeppelin, business, diversification, leaving South Africa for England, the famous Troggs tape, music today vs. the past, rebuilding the El Mocambo club with a studio inside and much more. Enjoy!