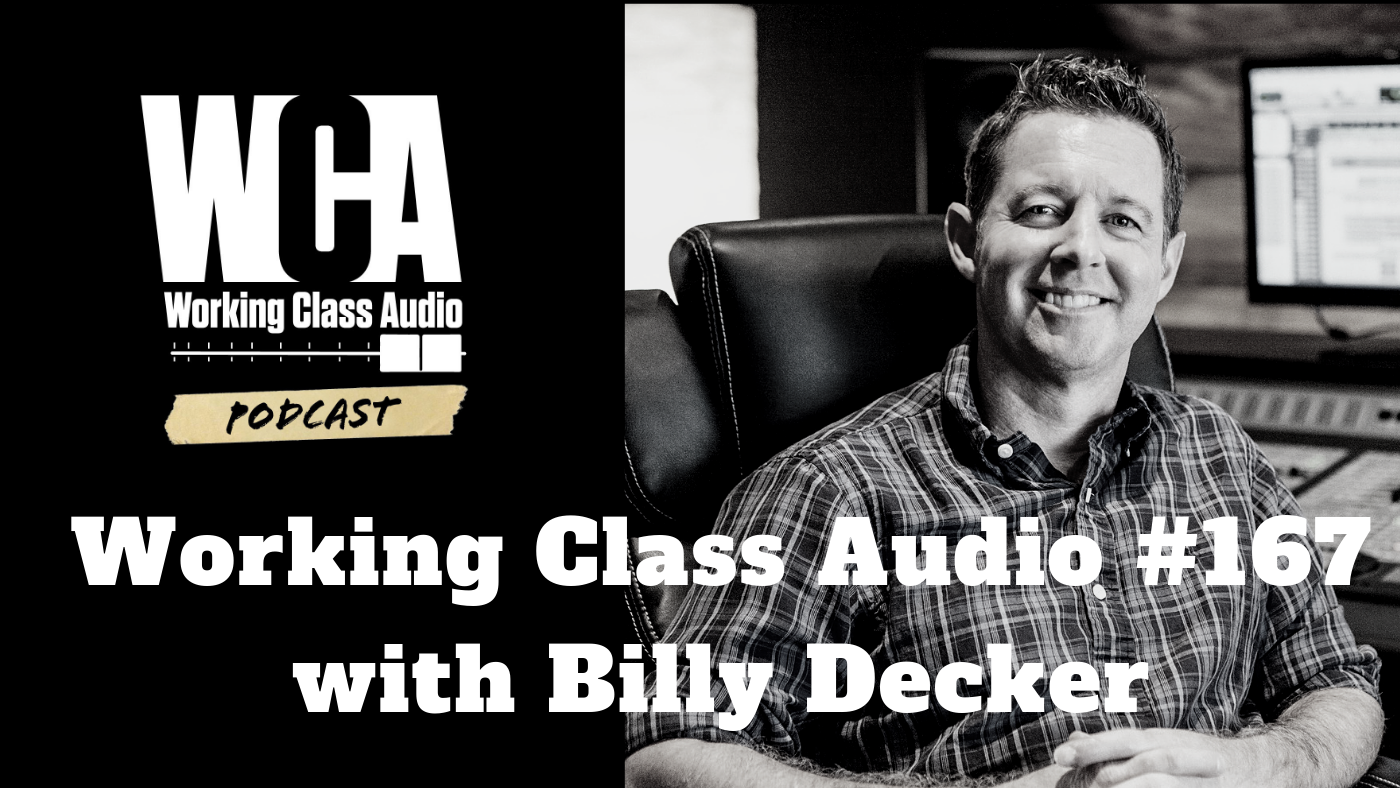 Billy Decker was born on August 28th, 1967 and raised in Nebraska.  He got a BS in criminal justice at the University of Nebraska and then went on to be Salutatorian at Full Sail Center for the Recording Arts in 1992. In 1994, Decker moved to Nashville where he’s been working ever since. He’s mixed 14  #1s to date – most recently, Parmalee’s “Carolina”. Billy has mixed for Sam Hunt, Darius Rucker, Chris Young and Jaime Lynne Spears. Decker also mixed George Jones’s last album before he died. Billy Decker made history in July of 2014 when Sam Hunt became the most added new artist of all time. Decker works in a unique way. “I mix really fast. Most of my mixes are finished in between two and three-and-a-half hours. To be able to do this, I use a lot of templates in Pro Tools. Instead of spending two hours EQing a kick drum, I can do it in 30 seconds, because I’ve set up templates for the album that outline all the basic parameters for each instrument. Then, I can focus on fine-tuning and bringing levels up and down—working on the entire mix, rather than focusing on individual adjustments. It’s a good way to work. It’s real fast, efficient, and, most importantly, it’s fun.”

Billy Decker joins me to talk about mixing hit songs in two to three hours, beating cancer and keeping it under wraps, the yearly slump, Facebook networking, endless revisions and mixing in the box. -EnjoyMatt