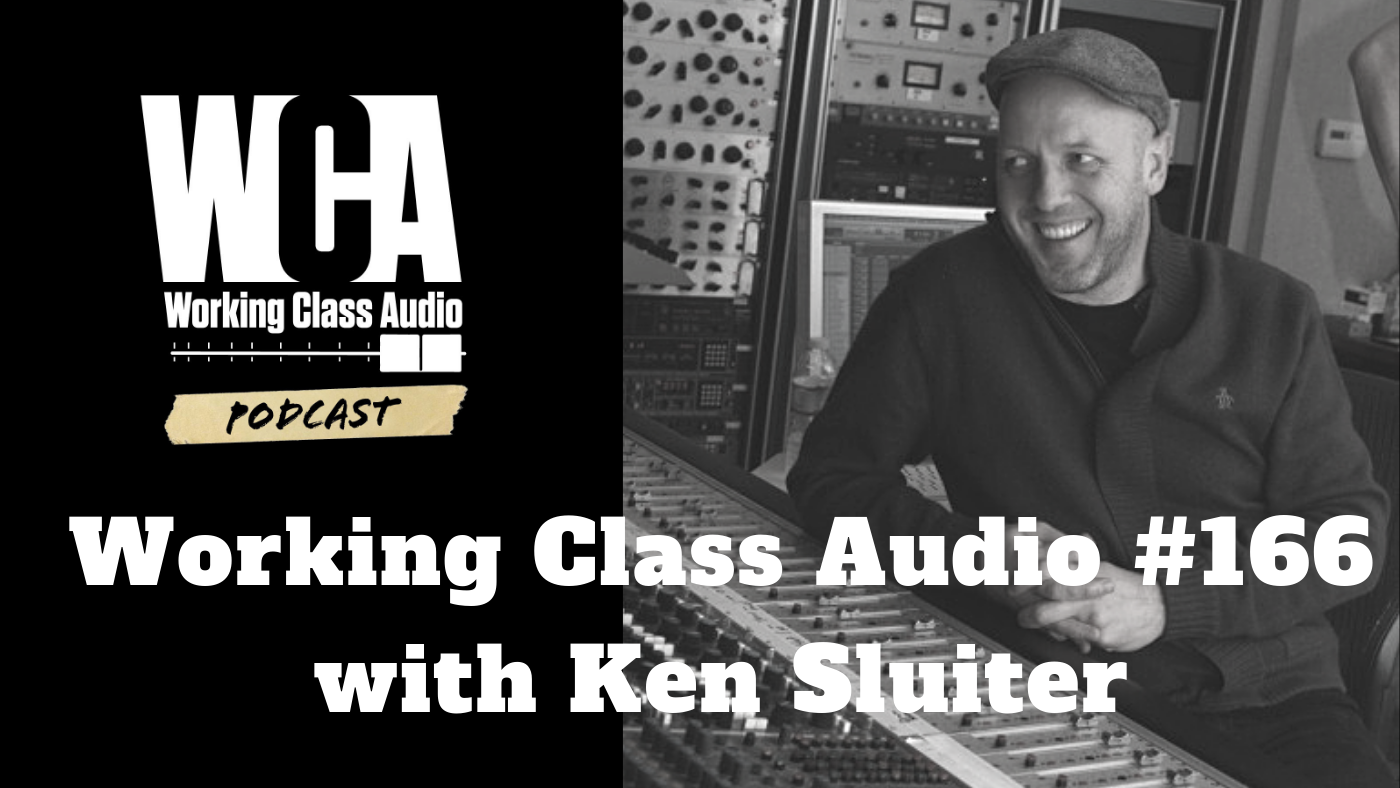 Ken Sluiter is an American recording engineer/producer/mixer from Chicago, IL now based in Los Angeles, CA.

Ken grew up in a small town called Wilmington, IL, about an hour outside of Chicago, IL.  He was obsessive listener of 70’s AM radio and what is now called “classic rock”.  One day while walking through a department store with his mother, he spotted the cover of “Rock and Rock Over” by Kiss.  From that point on, he was hooked.  Every dime he could scrape up went to the record section of the department store.  More records from Kiss, Led Zeppelin, Sweet, Aerosmith, Van Halen, Cheap Trick, Beatles, Foghat, even Styx (Ken was young) were to follow.  This all naturally led to borrowing a friends’ Silvertone guitar, then guitar lessons etc..

While playing in garage bands with friends, Ken was the one that kinda understood how to set up the P.A.  That led to recording rehearsals, shows, cassette four tracking/overdubbing etc….  When his guitar teacher purchased an Oberheim OB-8, he gave Ken his “hand me down” Korg MS-20.  That combined with discovering a college radio station led to a passion (which continues to this day) for all things new wave/synth pop.  Soon Ken was hooking synths and drum machines to his Commodore 64’s MIDI sequencer.  After spending more time “in the city” and discovering the Wax Trax label and Medusa’s dance club, the guitar started collecting dust and the focus became the stiff, cold groove of the machines.

After graduating college in 1992, Ken started his studio career working on jingles in the ad industry-dominated studio scene in downtown Chicago.  The worked ranged from national ad campaigns to local furniture stores.  It was in this environment that Ken learned to record, edit (w/ grease pencil and razor blade) and mix fast to meet the tight deadlines the advertising industry required.  At the same time, he started assisting at studios that recorded local and regional bands.  In 1994, Ken bought his first Pro Tools rig (a four track version that was the size of a fridge) and started working with other engineers as an editor.  This enabled Ken to use his editing-skills learned in the jingle studios with engineers and producers that had previously never been exposed to the power/flexibility offered by the Pro Tools platform.  It also allowed Ken to bypass some of the “dues paying” associated with being as assistant engineer (more on that later).

By 2003, as the indie explosion ran it’s course in Chicago, Ken re-located to Los Angles to continue his craft.  As Ken felt he “skipped” much of the assisting phase of a traditional engineers’ career path; he pursued assisting opportunities including assisting Andrew Scheps on Weezer’s “Red Album”, Greg Fidleman on Red Hot Chili Peppers’ “I’m With You” as well as Jim Scott on multiple records.  Ken also assisted on scoring sessions, in which he learned the ropes of orchestral recording from Sean Murphy and Dan Wallin among others.  Ken also stayed busy as a Pro Tools editor working on projects ranging from Barry Manilow to Pink to Metallica.

It was during this time that Ken got involved with EastWest Studios in Hollywood.  Ken was a key member of the crew that brought the studios back on-line as the rooms had been closed since Cello studios closed in 2004.  This included working with the technical staff to “shake out” the analog gear as well as configuring Pro Tools systems for each room.  Ken was also the recordist for the entire EastWest “Hollywood” series of orchestral virtual instruments.

Ken also worked closely with producers Wally Gagel and Xandy Barry on a series of “iTunes Originals” sessions for artists that that included BRMC, The Decemberists, PJ Harvey, Maroon 5, Metric, Edward Sharpe and The Magnetic Zeros and Best Coast

Recently, Ken has worked closely with producer Joe Chiccarelli, mixing records for artists such as Morrissey, Augustines, Nightriots, Ivan and Aloysha and Victorian Halls.  Ken has also worked closely with film composer Brian Reitzell on several film scores and soundtracks including “Hannibal” (Season 3) on NBC, “American Gods” on Starz, “Kicks” for Focus Features, as well as ad’s for Nike and Apple.

Ken Sluiter joins me for a great conversation about 90’s era Chicago,  his transition to Los Angeles, working with Andrew Scheps and Jim Keltner, having a great baby sitter, mixing in the box, social media and much more! Many thanks to WCA Alum Brad Wood (https://www.workingclassaudio.com/wca-095-with-brad-wood/ ) for introducing me to Ken at NAMM.  Enjoy!